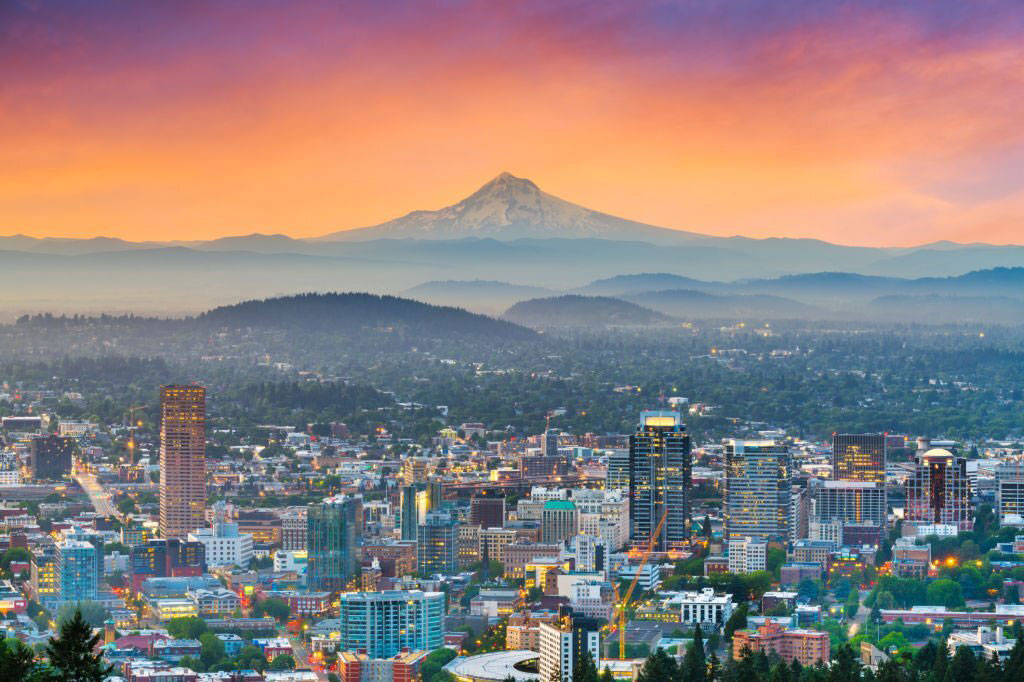 Oregon’s Timberline Lodge: Perched nearly a mile high on the upper slopes on Mt. Hood, Timberline Lodge is testament to the President Franklin Roosevelt’s Works Progress Administration (WPA) careful construction and eye for detail. Built between 1936-1938 during the high of the Great Depression, this monument was created as testament to pioneer spirit and western craftsmanship, and it still amazes visitors to this day

Architect Gilbert Stanley Underwood was commissioned with creating Timberline’s plans, and he came with his tremendous experience with the National Parks lodges in Bryce Canyon and Yosemite. Timberline followed those lodges’ simple and rustic feel, and use of natural and indigenous materials to create its one-of-a-kind construction.

Said to be the largest public building built entirely by hand in the 20th century, Timberline is one of the most of the most incredible examples of modern craftwork. With many marvelous details set in wrought iron, applique, mosaic, stained glass, and other techniques, the interior and exterior give visitors plenty to contemplate. For its building, the WPA, who was really teaching job skills, paired a master artisan with nine junior worker, to help achieve the fine artistry still seen today.

Another reason why Timberline exemplifies the best in WPA design is the work of Margery Hoffman Smith, who was the interior designer. The resulting interior decoration and design was full of her deft attention to seemingly every aspect of the rooms – from hand carved wooden ornamentals, to textiles that were also hand woven.

Ms. Smith’s eye for detail and class even resulted in the coining of new style term: “Cascadian”, which refers to the cultured but pastoral feel that Timberline helped create. Cross training all the artists who worked on the lodge was paramount, as Ms. Smith was later quoted as saying, “Carpenters became cabinet makers, blacksmiths became art metal workers, and sewing women wound up expert drapery makers.”

On September 28, 1937, President Franklin D. Roosevelt and first lady Eleanor Roosevelt we on hand to dedicate Timberline Lodge. They were met with a crowd of almost 1200 as the president spoke of economic value of the land, timber, livestock and the recreational importance that the lodge and its surrounding development would bring to the state of Oregon, and the nation.

The Magic Mile chairlift was also added later that year and soon after the WPA built the Silcox Warming Hut, located at the upper part of the chairlift at 6950 feet. Though the lodge was busy in the post depression years, it was closed during World War II. The lodge suffered some unfortunate mismanagement in its post war years, until the Forest Service finally leased it to Richard L. Kohnstamm, an entrepreneur who was instrumental in restoring Timberline to its original grandeur, holding many events and even restarting the ski programs.

Timberline still holds a special place for many locals and visitors alike. “Timberline is one of my family’s favorite places to enjoy the all the beauty that Mt. Hood has to offer,” remarks Dr. Derek Conklin, of Mountainside Family Dental, a dentist in Portland, Oregon. Dr. Conklin’s sentiments are shared by many, as in 1977 the Lodge was listed as National Landmark, and to this day, hosts more than two million visitors to its storied halls every year.

E.H. Rossman is travel writer based in Portland, OR. He is a frequent visitor to Timberline Lodge and Mt. Hood. Share your view on “Oregon’s Timberline Lodge: Craftsmanship And The Pioneer Spirit” in the comment section below.

The Top Three Winter Wonderlands To Spend Your Holiday Vacation