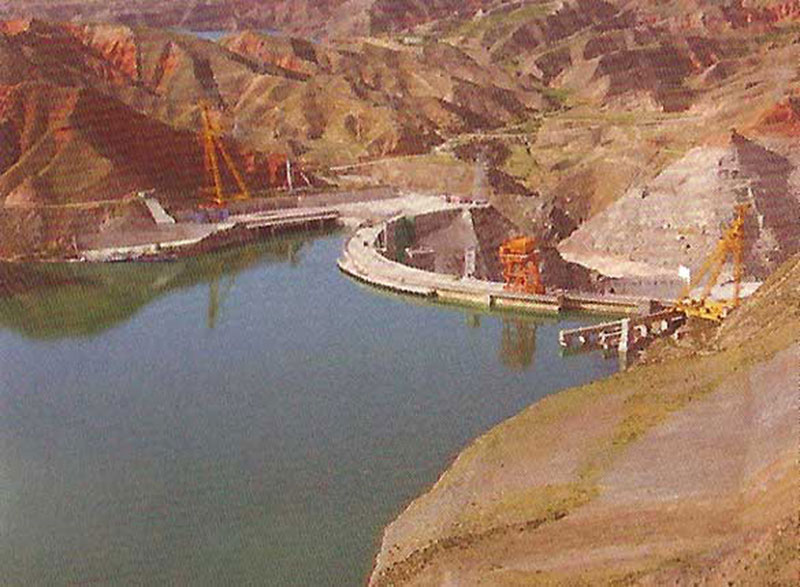 Lijia Gorge Hydropower Station Located in Jianca County, the hydropower station has a total installed capacity of 2 million kilowatts and can generate an annual average of 5.9 billion kilowatt-hours of electricity. The dam is 414.39 meters long and 175 meters tall. Like a gigantic dragon in the valley, the dam divides the turbulent Yellow River into two sections, producing an artificial lake covering 32 square kilometers.

The Yellow River or Huang He is the second-longest river in China, after the Yangtze River, and the sixth-longest river system in the world at an estimated length of 5,464 km (3,395 mi). Originating in the Bayan Har Mountains in Qinghai province of Western China, it flows through nine provinces and empties into the Bohai Sea near the city of Dongying in Shandong province. The Yellow River basin has an east-west extent of about 1,900 kilometers (1,180 mi) and a north-south extent of about 1,100 km (680 mi). Its total drainage area is about 795,000 square kilometers (307,000 sq mi).

The Yellow River’s basin was the birthplace of ancient Chinese, and, by extension, Far Eastern civilization, and it was the most prosperous region in early Chinese history. There are frequent devastating floods and course changes produced by the continual elevation of the river bed, sometimes above the level of its surrounding farm fields.

The huge dam on the river and the unruffled reservoir surrounded by red-colored mountains produce a wonderful scene, which is a highlight of Kanbula scenic area.