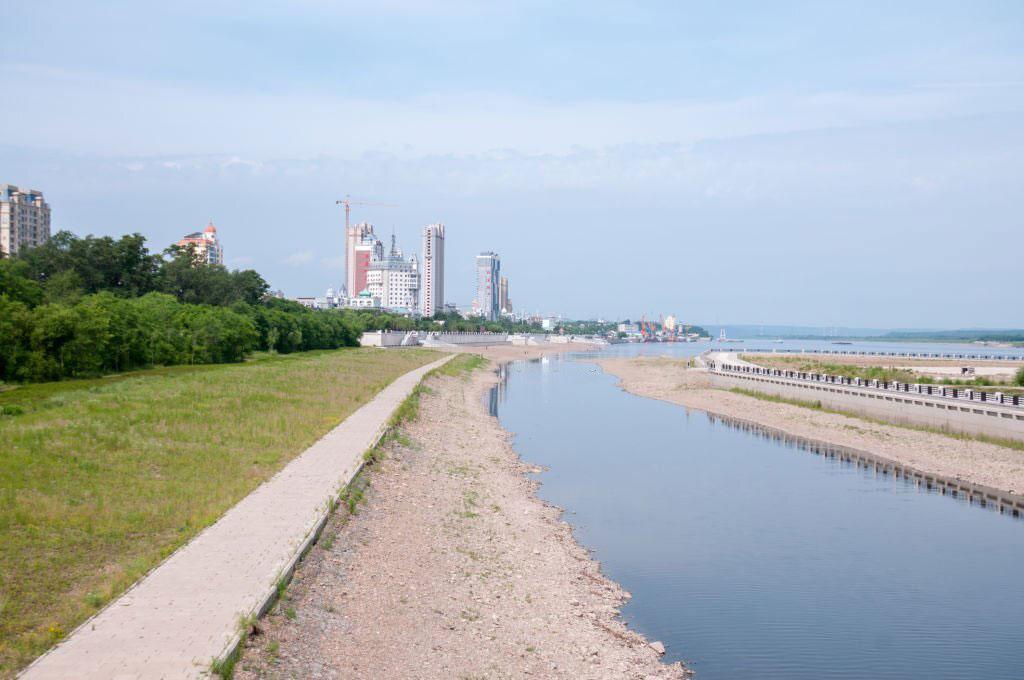 Heihe River: The broad canyon is located in Qilian County, 4,200 meters above sea level and runs over 800 kilometers. A section of 70 ki­lometers in the canyon is not inhabited. More than 800 glaciers are found in the canyon, covering an area of more than 300 square kilometers. The Heihe River running in the canyon is the second largest inland river in China. It flows through Qinghai and Gansu provinces and Inner Mongolia Autonomous Region, and is the mother river of the Hexi Corridor. Unique geological conditions and a climate bless the area with rich higher plant resources and make it an ideal place for tourists to explore.

Heihe marks the northeast terminus of the diagonal Heihe–Tengchong Line, which is sometimes used to divide China into east and west.

Heihe, formerly Aihui or Aigun, is one of the five oldest cities in Heilongjiang, along with Tsitsihar, Yilan, Acheng, and Hulan. Human beings started to settle in Heihe region as early as the Paleolithic Age.[2] Later it became home to local tribes. During the Qing Dynasty, Heihe was the first place troops sent to Heilongjiang were stationed. The predecessor of today’s Heihe was the town established by the indigenous Ducher people of the Amur Valley in the mid 1650s

Transport: Take a bus from Xining to Babao Town,and then take a chartered bus to Huang­zangsiVillage, then walk into the valley.