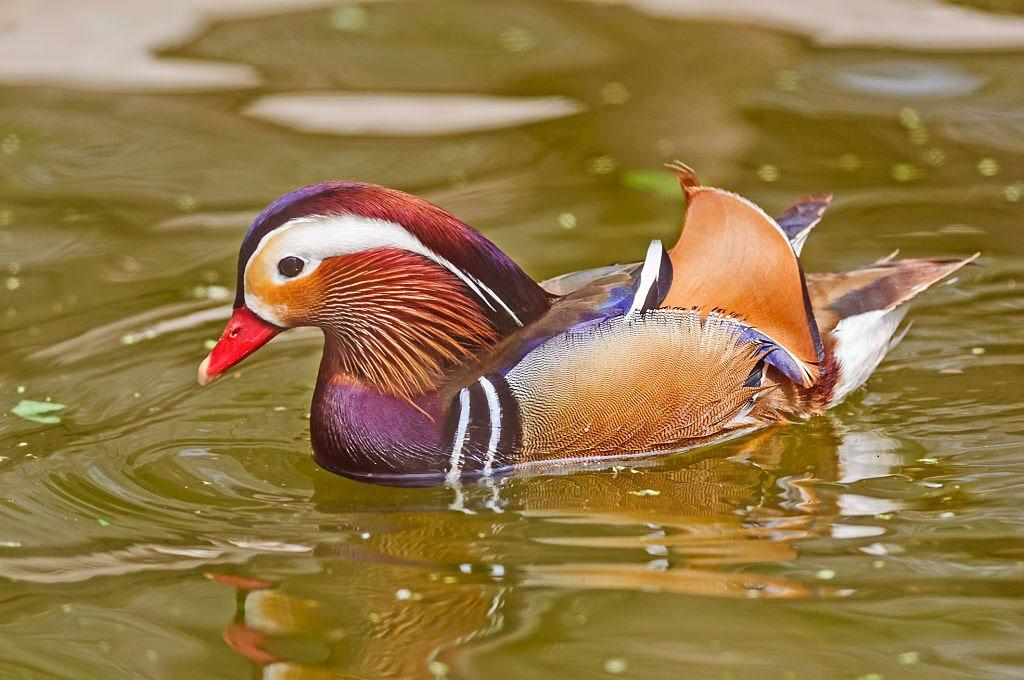 Huahai Mandarin Duck: Huahaizi Lake is 65 kilometers north­ west of Chengguan Town, Menyuan County. Also known as Luanhaizi, Taixing Spring, or Jinouan Snrina, it is one of tho eight ancient tourist attractions in Menyuan. The lake, surrounded by hills resembling a lotus flower with eight petals, collects water from 108 springs nearby.

The Kashigang Snow Peak casts its shadow in the lake, which looks like a mirror on the snow-covered plateau. Herds of cattle and sheep feed on lush pastures in the wetland around the lake, and various birds have fun on the lake. The lake is especially famous for mandarin ducks swimming in pairs on the water.

The mandarin duck is a perching duck species native to the East Palearctic. It is medium-sized, at 41–49 cm long with a 65–75 cm wingspan. It is closely related to the North American wood duck, the only other member of the genus Aix. ‘Aix’ is an Ancient Greek word that was used by Aristotle to refer to an unknown diving bird, and ‘galericulata’ is the Latin for a wig, derived from galerum, a cap or bonnet.