Haiti Is Worth A Look As A Tourist Destination 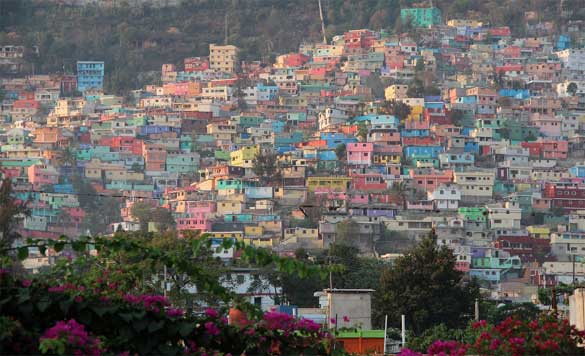 As one of the most beautiful places in the Caribbean, Haiti is a true jewel in the chain of islands known as the Greater Antilles that also includes Cuba, Jamaica and Puerto Rico. However, Haiti’s well-deserved reputation as the poorest country in the Western Hemisphere as well as infrastructure problems and personal suffering that continue three years after the 7.0 earthquake cause tourists to avoid visiting the country in western Hispaniola. They’re missing a once in a lifetime experience.

Although travel to Haiti is not difficult, it is limited to airline access. Some major US carriers as well as Canadian and French airlines offer service, with US carriers offering the majority of flights. Flights arrive at the airport in the capital city of Port-au-Prince regularly each day.

Visitors arriving at the Port-au-Prince airport should have transportation arranged in advance rather than waiting to set it up after deplaning. The airport is small, crowded and can be noisy and chaotic. Tourists must watch their baggage carefully to prevent thieves or even aggressive porters from taking it then demanding exorbitant fees.

The country’s climate is tropical, with temperatures in the southern region ranging from the upper 80s to the upper 90s in the south and the mid 80s to the low 90s in the mountainous north. Rainfall is heaviest during the summer months through October, with hurricanes an ever-present threat.

The Haitian currency is the gourde, with an exchange rate of about 40 to one US dollar. Prices may be listed in gourdes, in US dollars or in Haitian dollars, which is about five gourdes per Haitian dollar. Travelers must be sure they understand which of the currencies they’re talking about when paying for items.

Visitors to Haiti should be prepared to get inoculations against Hepatitis A and B as well as typhoid. Oral medication that fights malaria is also strongly recommended. The presence of cholera in Haiti has been in the news since late 2010. Travelers can avoid this disease by arriving with antibiotics and avoiding any contact with unfiltered or unpurified water.

Once in Haiti, visitors can rent cars at the Port-au-Prince airport or arrange for minibuses to take them to their desired location. Haitians travel throughout the country on motorbikes or in brightly colored tap taps, pickup trucks in which passengers ride in the bed of the truck and, if the bed is covered, sometimes on the roof of the covering. It’s highly recommended that visitors avoid these methods of travel.

Recent reports of criminal activity in the poorer sections of Port-au-Prince have resulted in travel warnings issued by US and British governments. Haiti is a safe place to visit as long as visitors stay in a group when possible and don’t wander into unfamiliar areas, particularly in the capital city.

Despite the numerous warnings issued about travel in Haiti, the country is a beautiful tropical paradise with a number of interesting sights. The Citadelle Laferriere and the Sans Souci Palace, about 20 miles south of Cap-Hatien, have been listed as World Heritage Sites since 1982. The Citadelle and the Palace date back to the very beginning of the 19th century when they were built by Henri Christophe who later became king of the northern areas of Haiti once the country won its independence from France.

The southwestern arm of Haiti is known for its incredibly beautiful beaches. At Port-Salut, on the southern coast of this appendage, features a tourist destination known as Dan’s Creek Hotel. This resort, about 100 miles southwest of Port-au-Prince, gets superb ratings from visitors who appreciate its quiet and relaxing atmosphere and its incredibly beautiful wide and sandy beaches. The resort offers a pool and private beach as well as incredible public beaches just a few steps away. Visitor reviews rate the resort’s food as excellent and its staff as friendly and helpful.