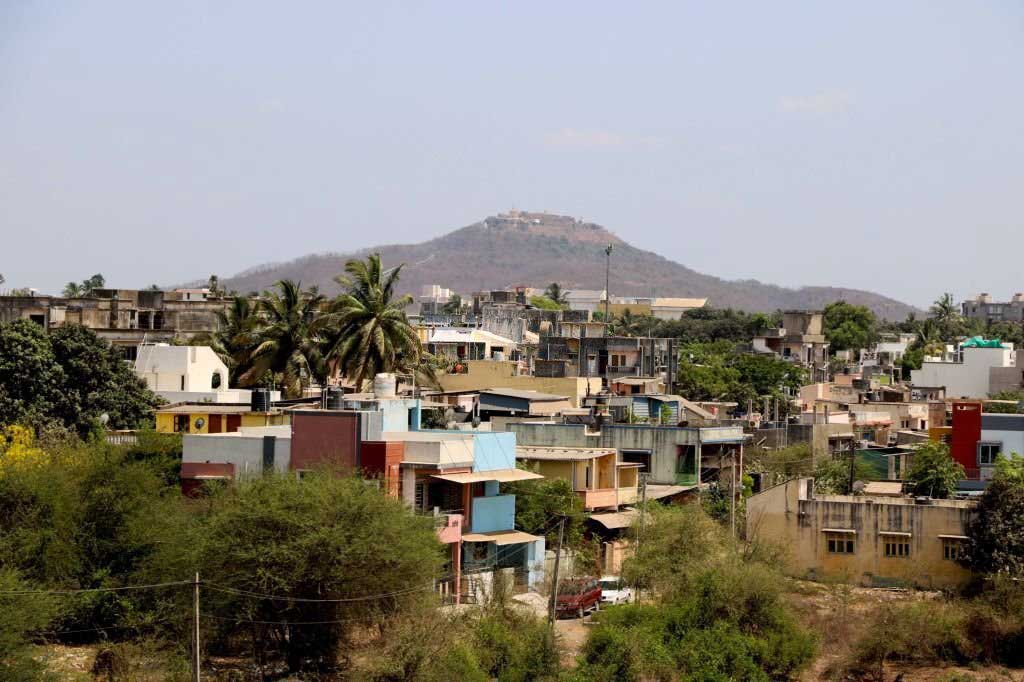 Places to visit in Valsad: Valsad is one of the 33 districts of Gujarat. The Arabian Sea lies west of the district. The coastal Daman enclave of Daman and Diu union territory is bounded by Valsad district on the north, east, and south. The district’s administrative capital is Valsad. The district’s largest city is Vapi.

The district covers 3008 square kilometres and is divided into six talukas: Valsad, Vapi, Pardi, Umbergaon, Kaparada and Dharampur. The population was 1,705,678 in 2011, up from 1,410,553 in 2001. Valsad is well known for its production of mangoes, sapodilla, and teak, and for its chemical and industrial stretch based on Vapi and Atul.

Parnera Hill is home to temples and a fort of Chatrapati Shivaji Maharaj. Bagwada is home to Arjungad Fort and several temples, including a Jain temple.

Amongst the various tourist places in Valsad here listing below some of the places to visit in Valsad. 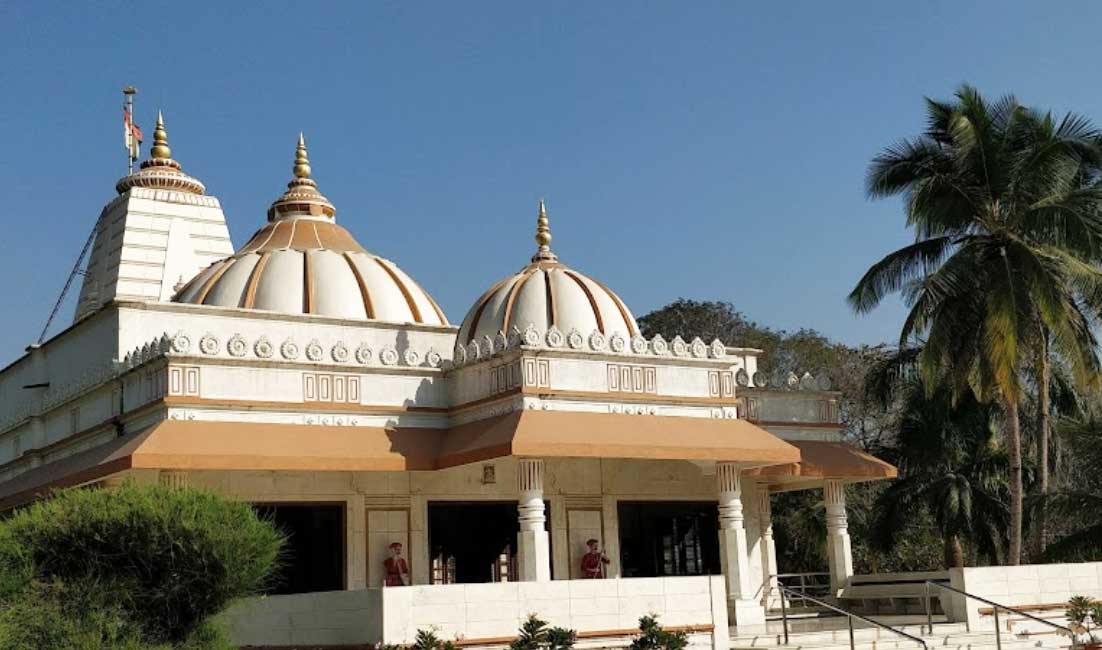 Shree Shirdi Saibaba Sansthapan is located on the shore of the beach in Tithal town of Valsad district. The temple was established in 1982.

Shantidham Aradhana Kendra is famous to achieve mental peace and spiritual experience among monks of the world.

Simandhar Swami Jain Derasar, also known as Nandigram Derasar at Nandigram village near Bhilad in Valsad district. A function was organised on Vaisakh Sudh 6th on its foundation day, 10 May 1989. This temple is dedicated to Shri Simandhar Swami who is considered living tirthankar on another world in the Jain mythological universe. Jain saints and devotees over placing ‘dhwaja’ (flag) over temple. Jain devotees from all across the state and Maharashtra were present in huge numbers to celebrate the function under the blessings of Jain saint. Place the ‘dhwaja’ upon the temple. Members of Gogalia Parivar, who happens to be the trustee of the temple

Shri Swaminarayan Mandir is located on the shore of the beach in Tithal town of Valsad district. This is a temple of Lord Swami Narayan.

Tadkeshwar Mahadev Temple is located near Abrama town of Valsad district. This temple is more than 800 years old. This is a temple of Lord Shiva.

Callian Baug is one of the ancient place of Valsad city. In 1929, Mr. Motilal Callianji presented donation for park to Bulsar Municipality in memory of his father. In 1931, Callian Baug was opened by J.H.Garrett. 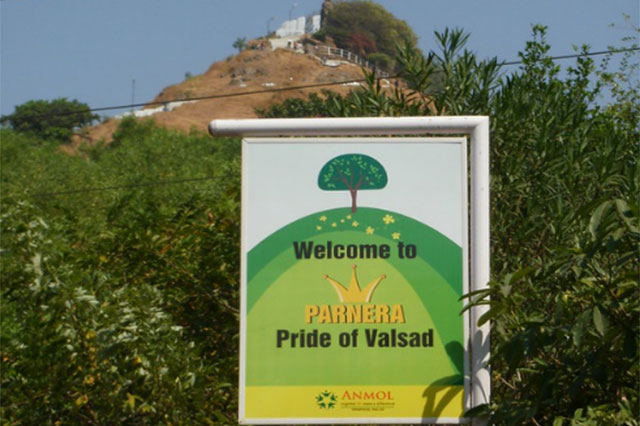 Wilson Hill is located near Dharampur Tehsil of Valsad district. Wilson Hill was named in memory of Lord Wilson, the Governor of Mumbai from 1923 to 1928, by Vijay Devji, the last King of Dharampur. A monument to their memory remains on the peak. 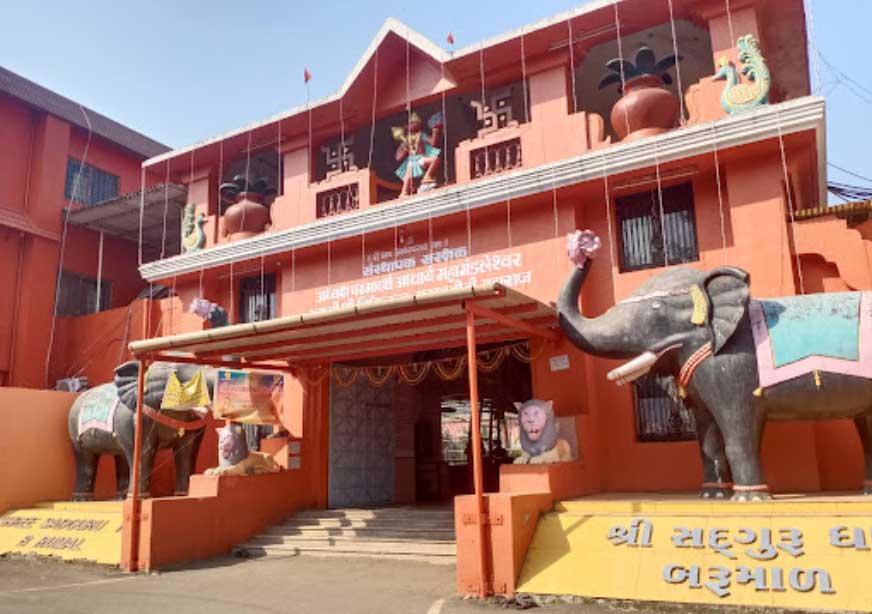 Shri Bhav Bhaveshwar Mahadev Temple is located in Barumal village of Valsad district. Barumal is located 37 km from Valsad and 7 km from Dharampur. This is a temple of Lord Shiva.

Udvada Atash Behram is one of the oldest fire temples of the Zoroastrian religion of India. It is located in Udvada town of Valsad district.

Umbergaon Beach is located near Umbergaon town of Valsad district. It is the best beach for Peace and Calmness. It is more suitable beach for weekends and meditation.

Sanjan Stambh is one of the old memorials of Sanjan town of Valsad district.

District Science Centre is located in Dharampur town of Valsad district. It was established in 1984. It is one of the popular tourist attractions for people of the Valsad district and South Gujarat. 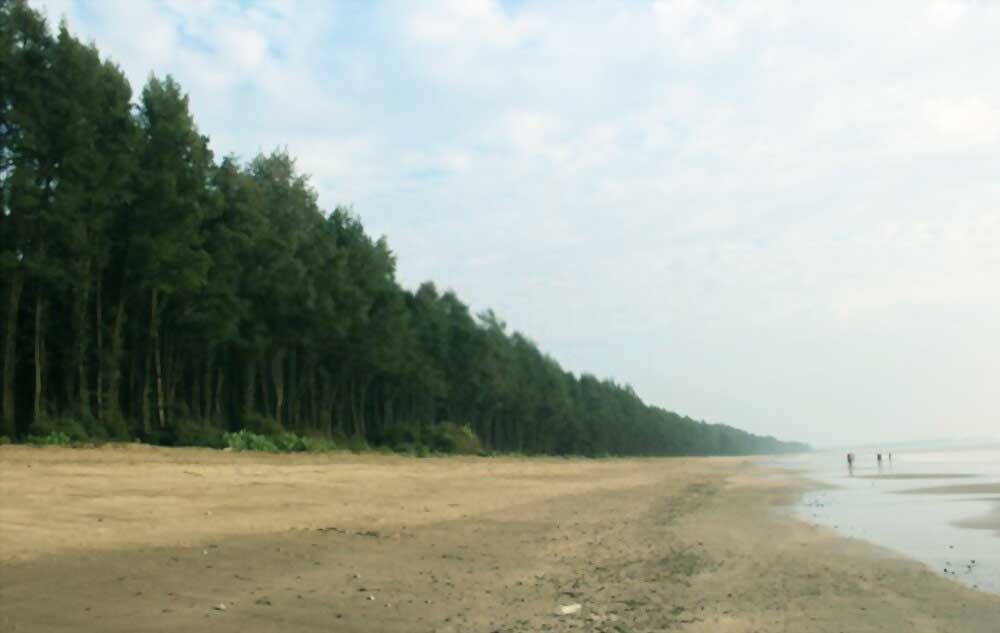 Hope you love reading “Places to visit in Valsad District destinations & tourist spots”. Share your view in the comment section below.