Where To Go When Visiting New York City 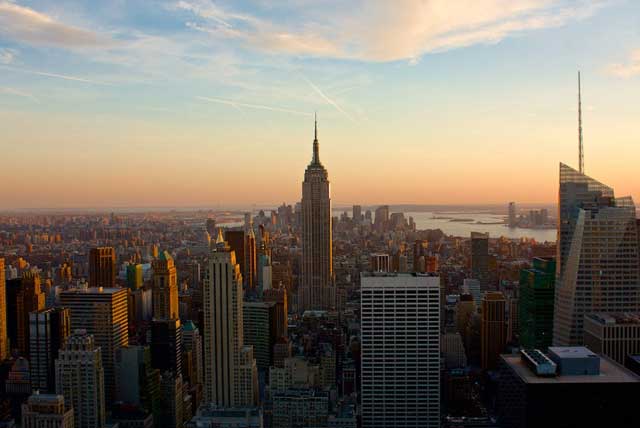 From movies and songs over the years, it seems like almost everyone grows up with a dream to visit New York City. Many people want to make it big on the theater stage or see spectacular Broadway shows like Wicked and The Lion King. Others go to see famous sights like the Statue of Liberty, the Empire State Building, and Central Park. Still others visit New York to experience the fashion and art scene at the Metropolitan Museum of Art, Madison Avenue, and the neighborhood of SoHo. Whatever your reason for going, New York City has something to offer every visitor, and its variety of opportunities is based on its rich, cultural heritage.

As a result of wise housing developments, New York City emerged unscathed after the economic recession following the end of World War II. This success placed the city at the forefront of the financial industry, where it has remained even now. The rest of the nation rallied behind the city after the devastating events of September 11, 2001, and since that day, New Yorkers have proven their resilience and strength.

Because the city has been an immigration hub since its earliest days, it remains extremely ethnically diverse. Not only does New York boast the largest Jewish community outside of Israel, but it also contains multiple Little Indias, Koreatowns, and Chinatowns. In addition, the city has the highest number of self-identifying gay and lesbian individuals and remains at the forefront of that movement today.

New York City has five distinctly different boroughs: Manhattan, The Bronx, Brooklyn, Queens, and Staten Island. Manhattan is the center of cosmopolitan life as the home to most of the city’s skyscrapers and the financial district. The Bronx is home to the New York Yankees, a hot ticket that many visitors and locals alike try to get when hunting for daily deals on sporting events.

Brooklyn’s coastline features the famous Coney Island, and the borough is known for its distinctive architecture and modern art scene. Both the LaGuardia and John F. Kennedy Airports are located in the borough of Queens, and this neighborhood is the most ethnically diverse in the state. Finally, the suburban borough of Staten Island offers unparalleled views of many of the most beloved sights in New York, like Ellis Island and lower Manhattan.  All of which can be reached via the legendary Staten Island Ferry, which is one of the best bargains in the city overall to date.

There are innumerable places and activities to see and do, and a wide range of deals in New York to be had, so no matter where your adventures takes you, be sure to find the best offers on shopping and entertainment! Whether on 888 7th avenue like the image below or at Citi Field (Formerly Shea Stadium area), you can surely find something for you this summer wherever you are in the Big Apple. And did we mention the food? The city is full of restaurants of all types, that will keep you satisfied whatever your tastes may be. So go on, be a part of it!

Johnny is a savings expert who looks at how to make the most out of any activity, whether its finding half price tickets to gigs or last minute flight deals.

Taking A Trip To Manhattan