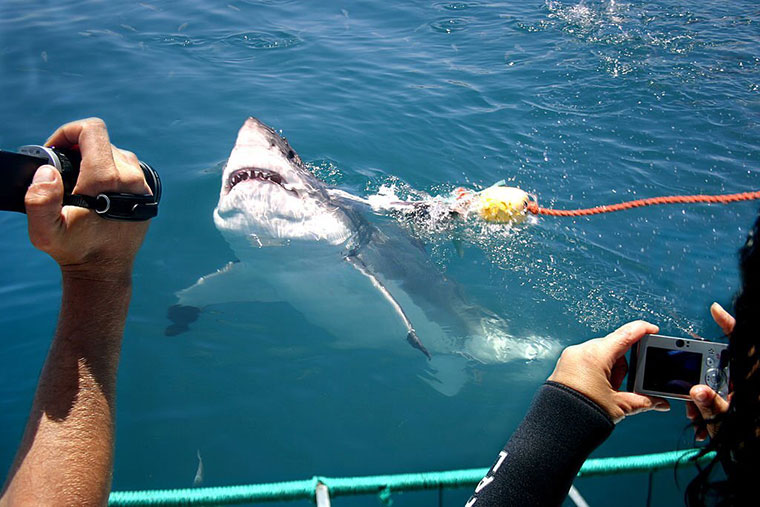 Tips From Key West on Shark Fishing: The sea is a mysterious place to most people and one of its most mysterious and feared creatures is the mighty shark. Of course, sharks aren’t all “mighty”. In fact, some don’t get very big at all and, in fact, most of them pretty much mind their own business. But still, the common image most people have of sharks is due to movies like “Jaws” and other movies that portray sharks like the Great White, Tiger Shark, Hammerhead and a few others as always-angry, super-aggressive — and diabolically intelligent.

Florida, and especially the beautiful Florida Keys and Key West, is world famous for its fishing and shark fishing is one of the types of fish that especially intrigues many visitors. Pound for pound, sharks offrer as great a fight — or more – as almost any fish in the ocean. If you want something with ‘big teeth and a big bite’…. shark fishing will be for you.

In Florida, though you shouldn’t expect to catch “Jaws” (a Great White) as they are a prohibited species – and rarely seen in Florida. Several other ‘famous’ sharks are prohibited, such as the Great Hammerhead, Tiger Shark, Lemon Shark, and the Basking shark. The prohibited list numbers approximately 30 different species but that still leaves plenty of species that are fun to fish for and great eating. And the prohibited species are catch and release.

Most anglers hanker after at least one shark adventure, but kids seem to especially love the apparent danger and excitement. Just look at the triumph on the faces below; you know those boys will remember that catch for the rest of their lives. 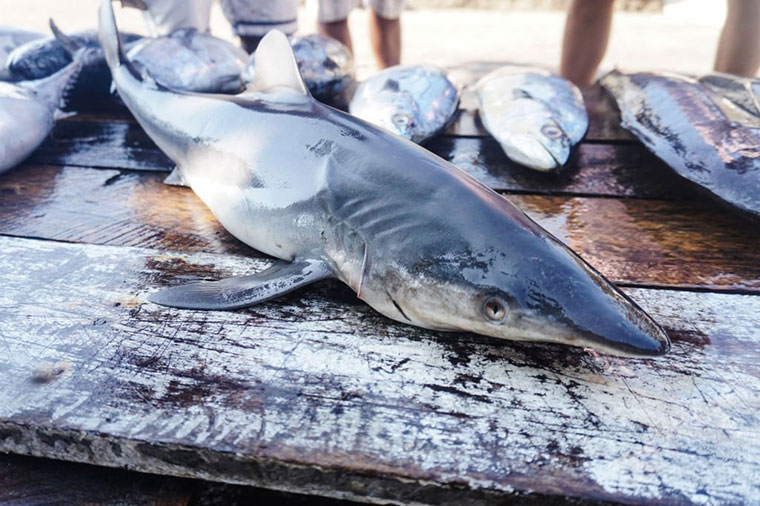 If you decide to go shark fishing on your own, off a pier or a rental boat, be sure you are up on the species and any restrictions (see Florida’s Shark regulations from the Florida Wildlife Commission) and make sure you know how to properly catch and release sharks – for your safety and to ensure that any shark you catch doesn’t die.

One of the things that makes sharks easy fishing too is that they’re not too choosy about what they eat. Some sharks will go after artificial lures if they can see it plainly but you really have to get it right in front of them.

Sharks are also, pound for pound, great fighters. For example, a 15 lb. blacktip might not sound very big or like a big fighter but it will definitely put on a fight equivalent to a snook (another very popular game fish). A bonnethead shark measuring around 3 foot length fights just like a redfish (another popular sport fish in Florida). 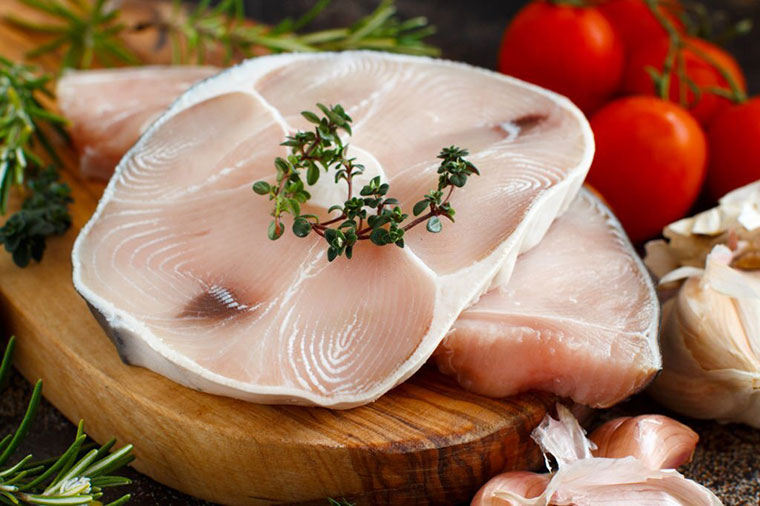 Another reason shark fishing is popular is that many types of shark are excellent eating. Shark meat fries up really white and flaky and tastes great. The primary thing you need to be careful of with sharks is to clean them quickly and properly. Sharks release uric acid into their skins when they are killed, and it affects the taste of the meat so they must be skinned quickly. Their meat also doesn’t taste quite as good after it’s been frozen so… better to clean, cook and eat them quickly. Nutritionally, their meat has less fat than beef.

You can go shark fishing from just about anywhere in Florida because sharks are found pretty much all along the coastline. You can find sharks of various kinds out in the deep water (even as deep as 2000′ for the Cuban Night Shark), in the shallow water, in canals and certainly up around piers where the sharks like to scrounge for trash.

Most captains and guides in Key West– whether deep sea, flats or light tackle charter – will have the tackle and expertise to target sharks – just let your captain know that’s what you’re after. On a full day charter, there will be time to target other species, as well. Aboard the Southbound, sharks are usually released – and often caught with light tackle – it makes the fight all the more fun! The shark in the photo below was 40-50 pounds and caught on 20 lb spinning tackle from an anchored boat! When shark fishing you’re likely to see some interesting sites. Below is a tiger shark feeding on a whale caracass.

All in all, sharks are a great species to target for the fight – and occasionally to eat, as well! If you’re headed to Florida and this sort of fishing adventure sounds exciting to you, there will be plenty of opportunities for a shark adventure. Key West is a great destination for a lot of reasons, but and shark fishing is definitely one of them.

By M.J. Taylor: Captain Richard Houde of Southbound Sportfishing has been fishing Key West for more than 20 years. Time off is rare for a fishing captain, but Captain Rich does love to hunt boar in his free time. Share your review on “Tips From Key West on Shark Fishing”.