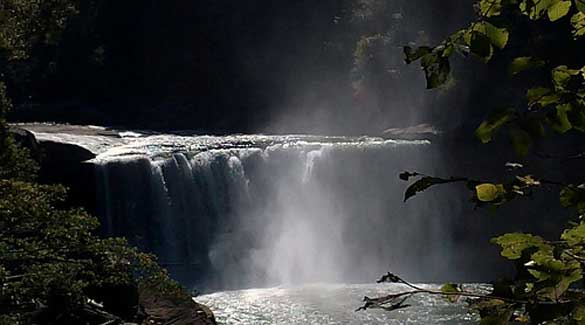 While visiting a family resort last summer, I was able to wander upon one of the most amazing views of my life.

Now mind you– I have lived from Hawaii to Delaware, I’ve enjoyed snow storms from the North, viewed Texan sunsets, and Atlantic fishermen at dawn.

But Cumberland Falls, Kentucky stole my heart with the Moonbow. Not sure I will get it back for a while, either!

While searching for the family reunion in the mountains, we stopped for some dinner and a gasoline fill up.

“You’re in luck!” We were told, by a happy gas station guy. “Tonight is a great night for a Moonbow!”

We thought we had been invited to a moonshine party of sorts, turns out—a Moonbow is a natural wonder!

Apparently, as we found out when googling the site after a gas station attendant gave us a list of, “things you NEED to see” the Moonbow is a pretty rare sight to behold in the world! Look at us, stumbling on the coolest things!

The only other one can be seen in Africa! 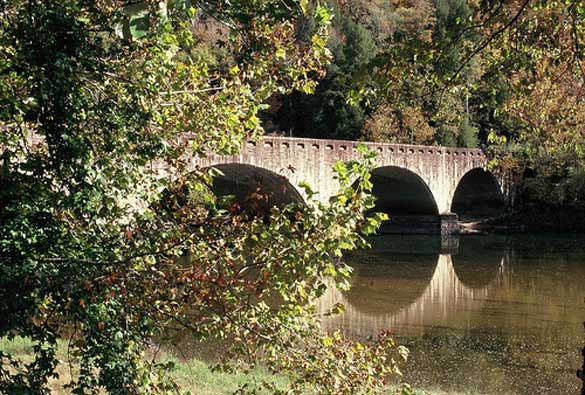 Therefore, we knew we were in for something special. We headed out on our trail after we got set up at the resort. We asked for pamphlets, directions and warnings! We felt prepared, excited and cocky.

We’ve seen it- photo’d it-bought the t-shirt…what really could a Moonbow power trip have over a vivid double- rainbow over the Pacific ocean sat against black lava rock- I mean being a photographer in Hawaii pretty much makes itself.

I have seen beautiful.

We were directed to take a walk in the woods until we reached the falls. You have to be at a specific height and angle to see the bow, so we tried our best. Moonbow- pshhh— it seemed like we were going to have to wait and watch the stars align for this to actually occur!

This will just be a fun hike in the woods. In the dark. In a place that I’ve never been before.

(The paranoid partner in me was referencing the couple who got roped into tourist-tripping a nuclear nightmare in the flick on Netflix “Chernobyl”, anyone else see that and rethink being spontaneous!?)

After about an hour or so of waiting and wondering if we had been duped…chirp…chirp…chirp….

Yet enjoying the moon, the ambiance, and stillness of the falls. It was beautiful, but it was just a waterfall.

It was then that a miracle happened.

About 9:45 that evening, we were rewarded for our hike with a magnificent beam of light and energy across the waterfalls in front of us. End to end.

It just appeared. There is truly nothing like this on the planet! I became a believer! You will, too.

It wasn’t just a rainbow at night.

It wasn’t just glow in the dark paint poured over the most beautiful nature scene Monet could have painted. It wasn’t just a rainbow, because there was no color!

We had almost walked into a black and white still life of the most beautiful trail of light you have ever seen. We took oodles of pictures and our jaws clung to the ground the whole time. There was plenty of reason to enjoy our hike back to the resort. The conditions have to be just right to see a Moonbow. It takes everything from the angle of light to the temperature in the fog and the moons position in the sky to create the perfect setting.

The gas station clerk was right; we were in luck the night we went!

The rest of the week, we walked hopeful family members out to chase after our dreams of finding another moonbow- they were not in luck. Each night, we sat around the campfire pit at the resort, sharing our pictures of the first night and hoping that the next night would pay off for them. To this day, we have not been able to share that experience with any other family or friends, they all feed off of our experiences. It truly is a sight to see before you die- but hopefully you can find the right conditions all lining up for your trip to the moonbow, ours was just beautiful magic!

Donna loves to travel as much as anyone else. She does have a soft spot for finding hidden treasure in her back yard, close to home and does so as often and the management monkeys at Edictive let her off on well-deserved vacations.

A Guide To Safe Family Fun On The Water