© 2022 - All Right Reserved.
Home DestinationAsiaChinaQinghai Lajia Ruins the “Pompeii in the East”
Qinghai

Lajia Ruins the “Pompeii in the East” 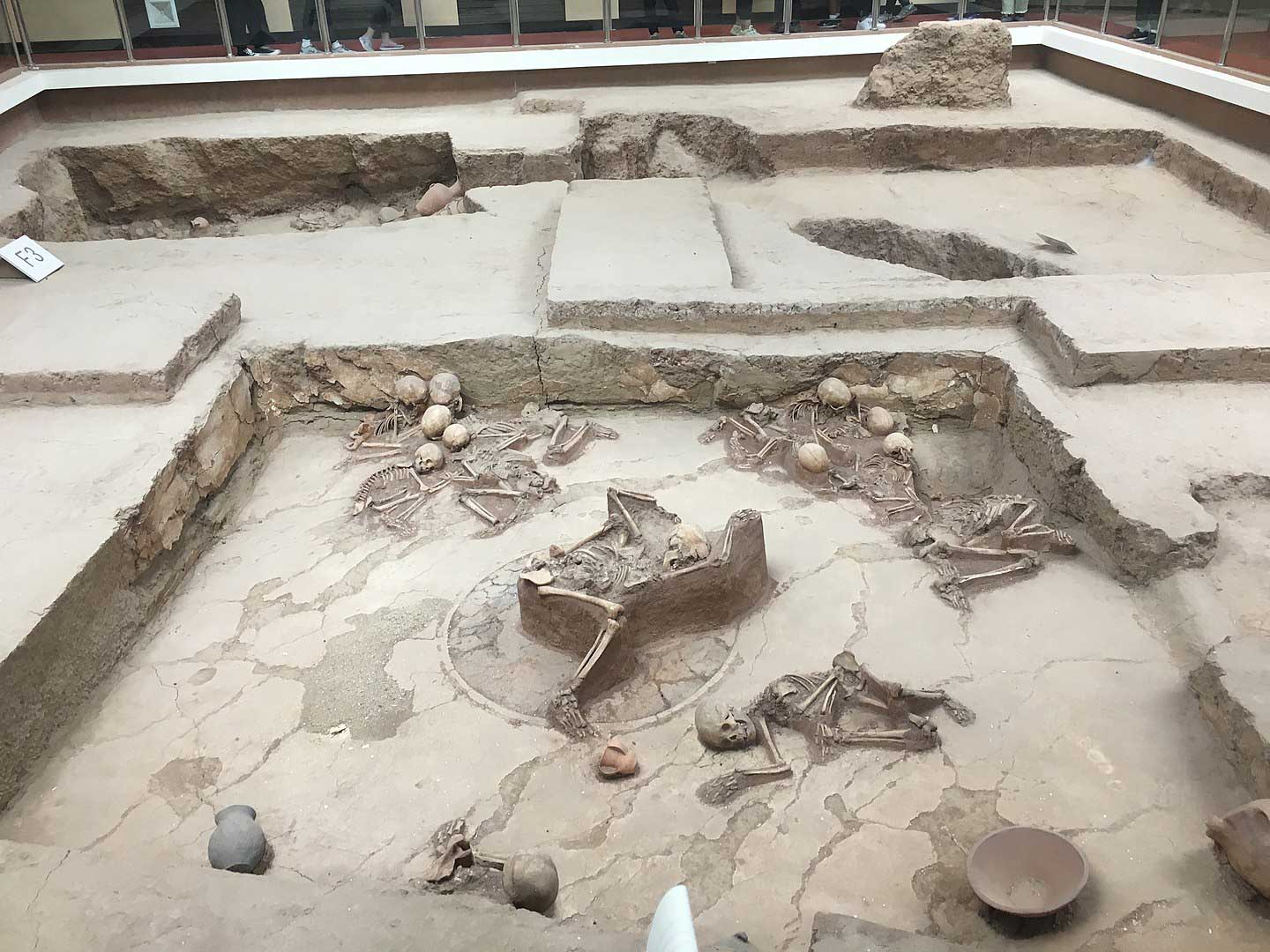 The site of the Lajia Ruins is located in Lajia Village, Guangting Town of Minhe County, 120 kilometers from downtown Xining. The key historical site under national protection displays ruins from prehistoric disasters. It is known as “Pompeii in the East.”

There are also programs to display local cultural and folk customs. Quite a few ruins date back to prehistoric periods and the Bronze Age, such as the ruins of the Miaodigou Period, the Majiayao Culture, Qijia Culture and Xindian Culture, with the ruins of the Qijia Culture surpassing those of other cultures both in number and size.

Some 4,000-year old noodles made with millet found in the Lajia Ruins are still in good shape. These are most ancient noodles ever found up to now.

A natural disaster buried the site and killed many of its inhabitants in around 1800 BCE, but archaeologists continue to debate the exact cause of the catastrophe. More recent research has pointed to localised flash flooding and severe mudflows, which are known to occur in the area and could have been exacerbated by human activity.

Other researchers considered this implausible, pointing out that the Lajia disaster took place over a hundred years after the 1920 earthquake, and that the lake that is supposed to have burst to produce this flood ceased to exist nearly 2000 years prior.

The simultaneous deaths of many people at Lajia provides a rare opportunity to study family relationships within prehistoric households. Analysis of ancient DNA from the remains of twelve people in one house showed that they belonged to multiple maternal lineages, ruling out a matrilineal social structure.

Transport: Take a lonq-distance bus from Xining to Zhangye or to Jishi Mountain, and then get off at Minhe County.

You will need these tips as a budget traveler