West Sussex is county full of topographical contrasts, complex history, and outstanding cultural venues that draws interested visitors from around the world. With nearly half of its land declared “protected,” locals and visitors enjoy the pristine scenery of West Sussex’s dense forests, gently rolling countryside, and sunny coastlines. When it is time to step indoors, West Sussex invites people to utilise extensive heritage treasures to explore their community and family histories as they pertain to the county. It is fairly simple for those visiting West Sussex to have their historical interests piqued since the county is thoroughly sprinkled with quaint ancient villages and small towns. Here are a few pleasing places to visit on holiday in West Sussex.

Country Life magazine, which focuses on English landscapes, gardens, and the general “good life,” named Midhurst the second best place to live in Britain according to a recent quality of life survey. The town owes this distinction in large part to the historical architectural gems that dot the town and countryside’s landscape. For instance, the remains of one of the great houses of the Tudor period still stands in Midhurst, and visitors take a journey back to the days of King Henry VIII when they visit the carefully conserved ruins of Cowdray House. After touring the remains of the house and outbuildings, one may rediscover a lovely English garden connected to the Cowdray House that has been recently restored after having been forgotten for centuries. The ancient secret garden has been restored in keeping with its known history.

Climping which is a unique mix of fertile farmland and wild, remote coastlines is a great place for trekkers and nature lovers. Besides stumbling upon 13th century structures during walks, explorers in the area usually find themselves at the beach. The remote location makes for a great way to relax and get away from hurried urban environments. After working up an appetite at the beach, travellers visit Baird’s Farm Shop for a variety of delicious and healthy fruits, vegetables, dairy, and beef from humanely raised cows.

The historic coach stop between London and Brighton at Cuckfield was quite popular during the Regency era especially with summer city dwellers seeking to cool off at famous beach resorts. Today the prosperous town is known for its great boutique shops arranged among carefully preserved historic structures. After taking in the shops and visiting the town’s museum that regales its role as the top coach station of a bygone era, many choose to relax at the very modern Ockenden Manor Hotel and Spa. While the Ockenden hotel environment exudes old world elegance, the spa offers clients state of the art amenities.

If one likes storybook historic villages enhanced with modern amenities, then the town of Arundel probably appears somewhere on the holiday itinerary. The lovely town surrounded by well-kept Victorian structures is situated along the River Arun. The region’s ancient nobility also found the town to be something special as evidenced by the prominent Arundel castle that dominates the landscape. The Arundel castle, which was the seat of the Dukes of Norfolk, is truly one of Britain’s great heritage sites. Visitors that tour the home see museum quality art exhibits, period antique furnishings, and elaborate tapestries that are rare to see in an original historic structure. The extensive grounds also come alive during the summer months with activities like live medieval jousting tournaments in addition to the house and grounds tours.

Those interested in ancient history pertaining to the Roman colonisation of Britain hold the town of Fishbourne in high regard. Fishbourne was once the site of one of the largest Roman palaces outside of Italy exceeding the size of Buckingham Palace. The Roman palace and associated grounds reportedly had bedroom suites with private courtyards, staterooms, conference rooms, and gardens. A bath house complete with an ancient yet sophisticated radiant under floor heating system was also in the palace. 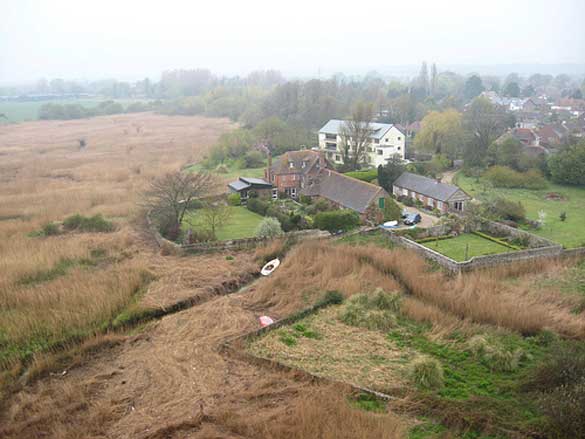 Tim explores little known villages and writes about them to promote and maintain the beauty of rural England.

There’s More To A Golfing Holiday Than Golf

Things To Know For Healthy Traveling

Finding Your Way Around The City Of London For The First Time.

Get Away From The Rat Race With A Yorkshire Break