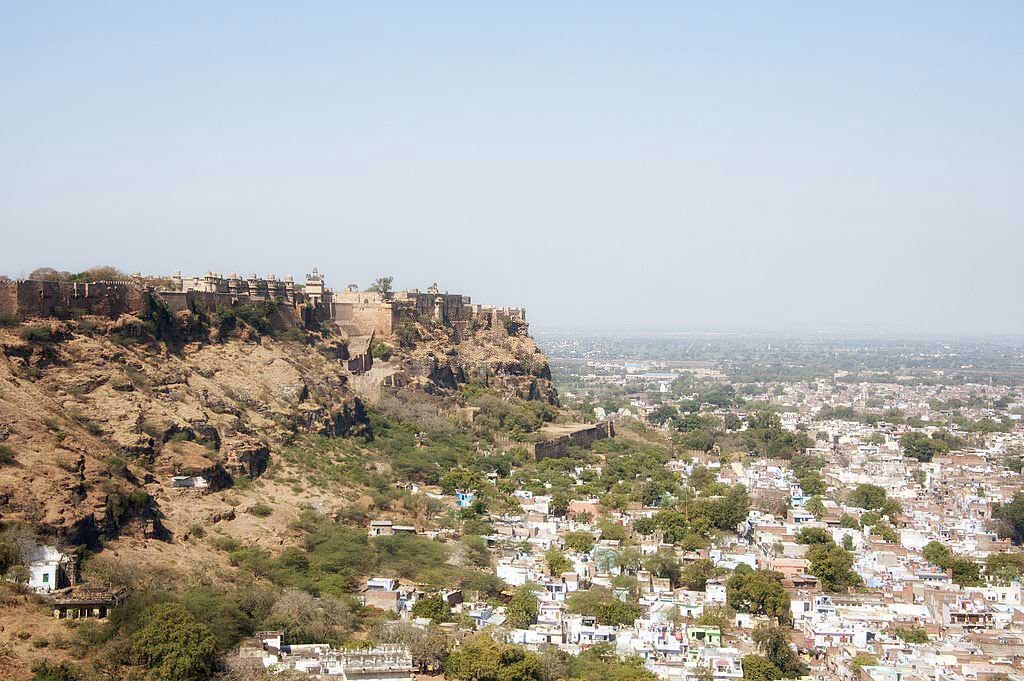 Following are the ‘Must See’ Four Definite Detours in Gwalior arranged alphabetically: Datia, Pawaya, Shivpuri, and the Karera Bird Sanctuary.

This township is mentioned in the later of the two ancient Indian epics — the Mahabharata (the earlier one being the Ramayana) as ‘Daityavakra’. Presently the headquarters of the Datia district in the Indian State of Madhya Pradesh, this exotic small town is located about 25 km from Jhansi, one of the historically renowned places of the North Indian State of Uttar Pradesh; 52 km from Orchha, 74 km from Gwalior, 320 km from Bhopal and 325 km from New Delhi. Gwalior is also the nearest airport. A commercial hub, its main products are handloom weaving, cotton and food grains. 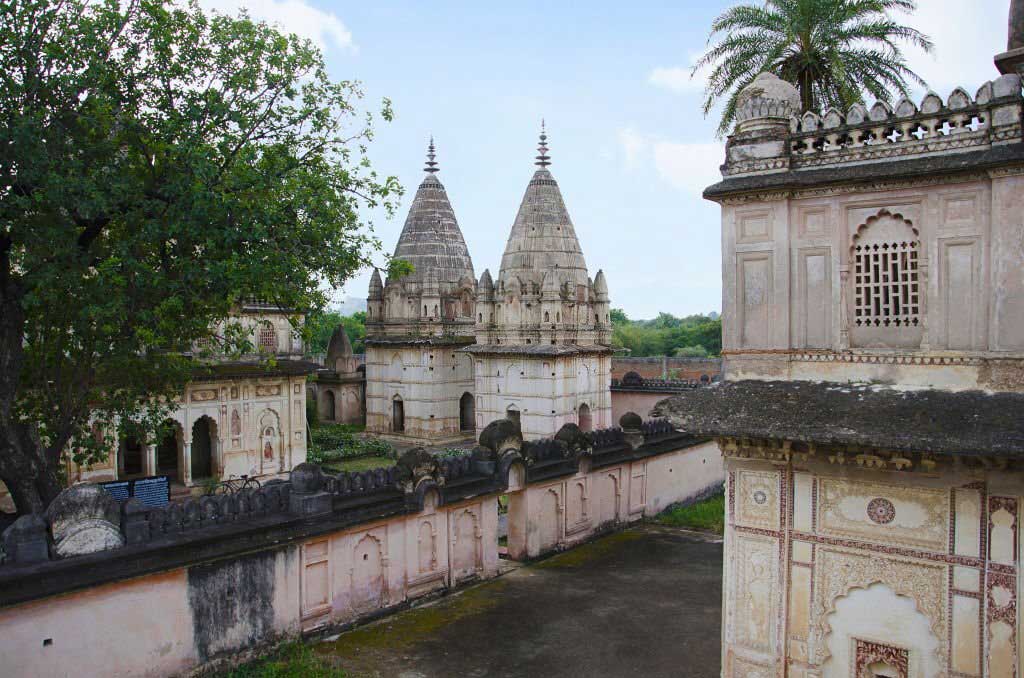 In AD 1626, Rao Bhagwan Rao established the princely state of Datia after he got both Datia and Baroni from his father Raja Bir Singh Deo of Orchha, and made Datia his capital. He died in AD 1656. The British brought it under their control following the Treaty of Bassein signed with the Maratha Peshwa in AD 1802. The new state was formed by amalgamating several other areas of Bundelkhand. As per the conditions of another agreement signed between the local ruler and the British in 1865 was that the hereditary ruler of Datia State would be able to use the title of only ‘Maharaja’ instead of the traditional family designation of ‘Maharaja Rao Raja’. A significant concession elicited by the Datia ruler was that the monarch would be entitled to the 15-gun salute, and would be allowed to maintain a force of 5203 infantry, 945 cavalry, and 124 guns. The royal motto was ‘Lord of the Brave Army, Giver of Refuge’ or Wir dalap Sharandah.

The old town having several palaces and gardens is barricaded by a stone rampart. Raja Bir Singh Deo constructed the Gopinath Temple and also the palace there in AD 1614. The temple architectural style is a wonderful confluence of the Hindu and Islam cultures. A number of frescoes on the walls of the temple are characteristically Islamic as represented by the Mughal style. On the other hand, you will have a chance to view several exotic paintings representative of the Bundela culture and heritage in the seven-storied brick-and-mud royal residence.

Datia is well known for the Lord Shiva’s mandir known locally as the Vankhandeshwar temple dating back to the hoary days of the Mahabharata and also the shaktipeeth Pitambar Peeth (often pronounced Peetambra Peeth), situated at a location near the entrance point to Datia. Devotees flock here to have their wishes fulfilled. There are two other equally famous temples — the Dhumavati Temple and the Bagalamukhi Devi Temple — set up by Shri Golokwasi Swamiji Maharaj. These pilgrimage spots are situated approximately 1 km and about 3 km from the Datia bus stop and the Datia train station (on the Delhi-Chennai main route) respectively. 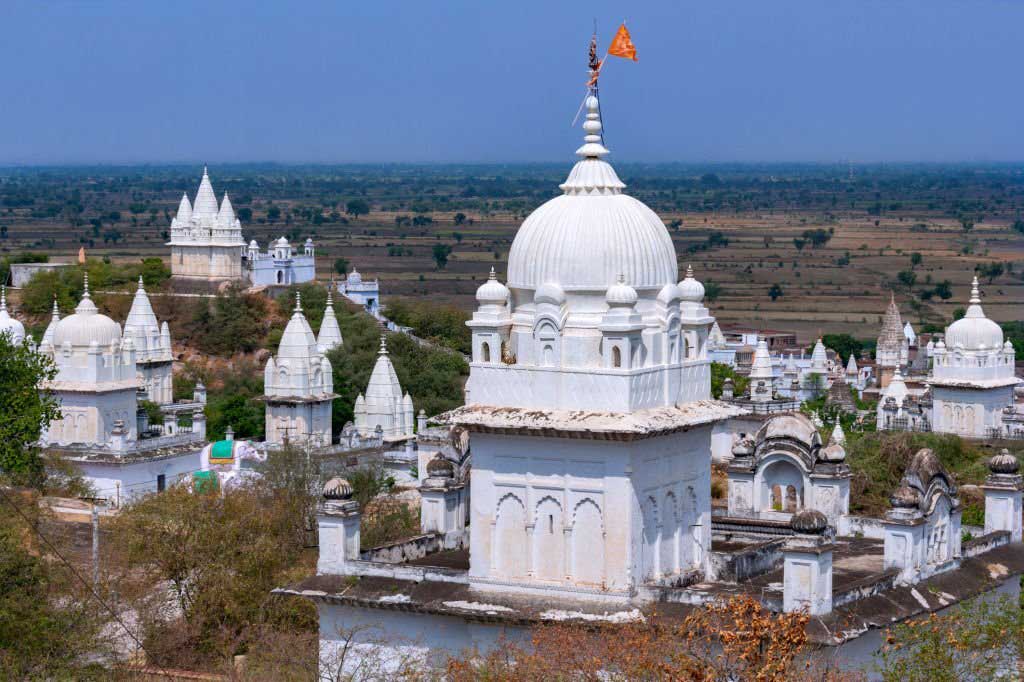 Located about 15 km (nine miles) from Datia, Sonagiri is a pilgrimage spot for the Jains. The Jain temples of white marble are situatedatop the Sonagiri hill.

Hop on to a bus to get enthralled by several attractions in this city having its roots in the hoary days. It is located some 68 km from Gwalior. The ancient urban center of Padmawati is a romantically haunting city of ruins. It was at Pawaya that a life-size statue of Chaksha Manibhadra dating back to AD 1 was found. Two other attractions there are the remnants of the medieval fort built by the Parmars and the Dhoomeshwar Mahadeo Temple nearby. 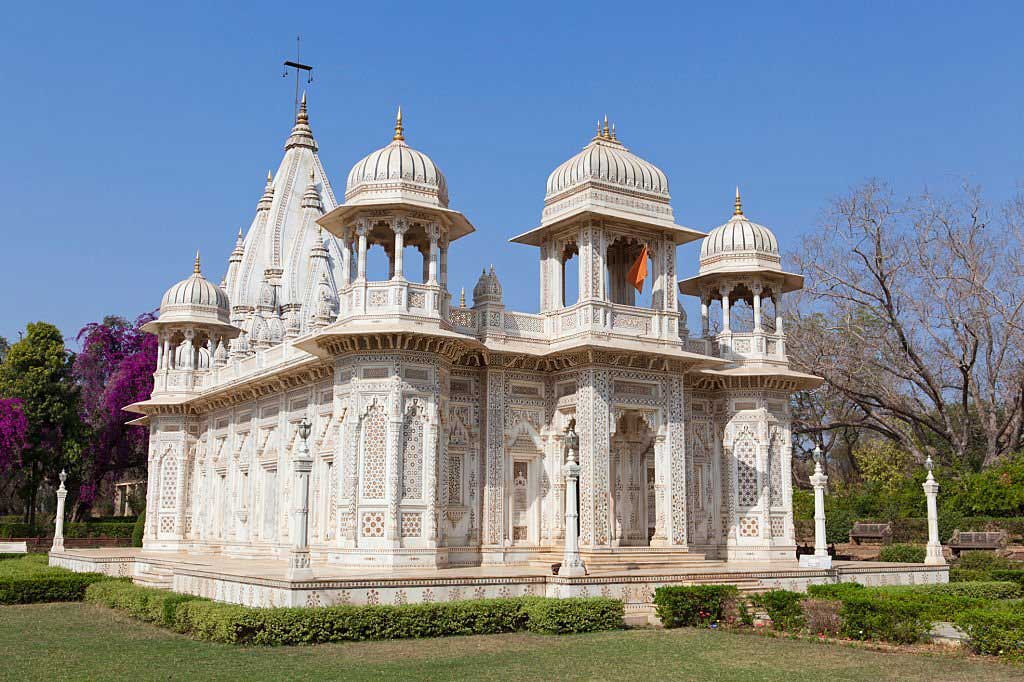 A very ancient, sacrosanct and wonderful place with deciduous trees and small hills, Shivpuri today is a wildlife sanctuary. Located about 110 km from Gwalior, this place has lots of attractions. Buses ply between Gwalior and Shivpuri. Steeped in the royal legacy of the past, Shivpuri was the summer capital of the Scindias once upon a time. The Mughal emperors used to hunt tigers and deer in these dense forests. A favorite hunting ground of Emperor Akbar (1542-1605), he caught large herds of elephants there. These wooded hills still have tigers roaming freely amidst the forests.

The present-day Shivpuri is a transformed place. It has a buoyant and exhilarating present. The other attractions here are the Madhav Vilas Palace, the Chhattris, the Madhav National Park, and the George Castle.

This elongated structure in rose and pink shades was the summer resort of the Scindias. It is one of the best instances of Colonial architectural style. Designed according to royal blueprint, you can have a majestic view of the wildlife sanctuary park known as the Madhav National Park and the Shivpuri town a little beyond as you stand on its turrets. Also referred to as the ‘Mahal’, the remarkable features of this monument situated atop a hill include the exquisitely designed Ganesh Mandap, the elegant terraces of the palace, columns of iron, and the shinning floors of marble. This alluring bastion nowadays hosts one of the very few training centers of the Intelligence Bureau of the Government of India.

Another attractive locale within the Madhav Vilas Palace is the set of two Chhatris (domed memorial porches). Housing the cenotaphs of Madho Rao Scindia and his dowager wife, Maharani Sakhya Raje Scindia, they are situated in a garden in the Mughal style dotted by Victorian lamps to illuminate the intersecting pathways. Trees flowering highlight the silent nooks. The commemorative monuments are placed on the either side of a water-filled tank facing each other. The entire design synthesizes the epitomic Hindu and Islamic architectural styles reflected in the spires of the Hindu shikara model and the pavilions entirely in the Mughal mode.

There are two significant bio-diversity lakes within the Park, viz., the Madhav Sagar and the Sakhya Sagar. Innumerable nallas and streams (seasonal and perennial) feed both of them. These lakes are on river Manier. They were formed in 1918. The Sakhya Sagar situated on the fringe of the Park, is home to many species of reptiles. Mention may be made of the monitor lizard, the Indian python, and the mugger or marsh crocodile. You can also visit the ‘Sailing Club’ on its shores.

Built by Scindia ruler Jiyaji Rao Scindia in 1911, it is situated at the topmost tip within the National Park. He had it constructed for King George-V so that the British monarch can have night stays while going for tiger gaming. The Castle provides a panoramic breathtaking view of the entire locale including the lake downhill. That sight is especially unique and romantically exhilarating during sunset to be preserved for lifetime.

Located almost 55 km from Shivpuri, the Karera Bird Sanctuary falls on the main road between Shivpuri and Jhansi. The distance between the Madhav National Park and the Karera Bird Sanctuary is hardly 45 km. Buses regularly ply between the two spots. You can also hire a taxi. Jhansi is the nearest railway station. The nearest airport is in Jhansi — another historical place — which is 55 km away.

The exotic habitat of the various varieties of flora and fauna, it is the last refuge of the snooty Great Indian Bustard. Researchers have found the following three types of bustard there, viz., the colored bustard, the bearded bustard, and the Indian bustard.

The blackbuck which is equally haughty has also made Karera its habitat. An open country, thorny bushes abound in Karera Bird Sanctuary.

The sanctuary is also a birds’ paradise besides being the roaming ground for several other insects, reptiles and animals. An eco-biodiversity spot, environmentalists and researchers have found altogether 245 avian species within the Karera sanctuary. The Dihaita Jheel here is home to many migratory birds besides the resident ones like Indian robins, herons, spoonbills, egrets, and the black-bellied river terns. It is a wonderful to see the gadwalls, teats and pintails meditatively squatting or sleeping off in the sun. Butterflies, damselflies and dragonflies buzz around.

Hope you love reading “The Four Definite Detours in Gwalior You Must Visit”. Share your view in the comment section below.

Emigrating To Australia: A Guide To Settling Down Under

Orchha town beside the Betwa River