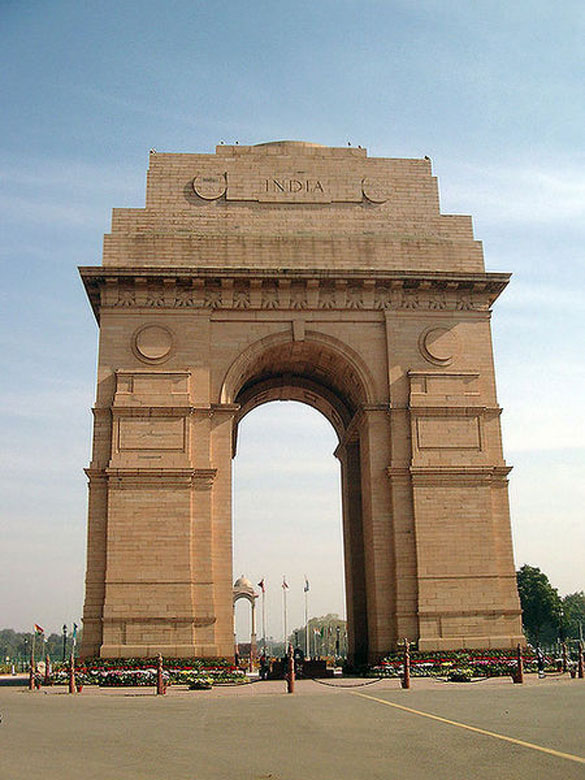 India Gate: It was earlier known as the All India War Memorial. It is located at the eastern end of Rajpath. It commemorates the soldiers (both Indian and British) who died during World War I and the Afghan Wars. It is yet another work by Sir Edwin Lutyens in collaboration with another prominent British architect Sir Herbert Baker (June 9, 1862 –February 4,1946). Baker was the main force in designing South Africa for almost 20 years 1892–1912. The Amar Jawan Jyoti – an eternal flame – was lit in 1971 to honor the martyrs whose names are inscribed on the walls of the structure. This 42 m (137 ft)-high structure is situated at one of the most beautiful areas of New Delhi. The green lawns surrounding the memorial are a popular picnic spot, especially on summer nights.