These are the places that never let me down. I selected them more for the way they can influence my mood than for the food alone. Nine times out of ten, I’ll just want to sit with friends in an authentic Parisian bistro. Now and then, I’ll feel the need to check out a new hot spot and see what all the fuss is about.

A welcome retreat from the bustle of passage des Panoramas, one of Paris’s busiest and prettiest covered arcades, invaded both by tourists and by suits from la Bourse nearby. The menus are set, leading you dreamily through small plates of great finesse and beauty cooked by the young Japanese chef, Shinichi Sato. Arriving at the restaurant just three years ago, Sato rapidly won two Michelin stars, the first Japanese chef in France to do so. His mix of French and Japanese techniques and produce is seamless. Rarely have I experienced a tasting menu where surprises and quantities are so balanced and gentle on both palate and stomach. The presentation is exquisite, Sato’s creativity astonishing. 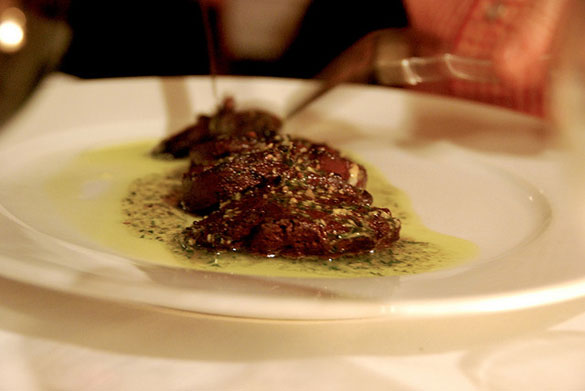 The chef is English, the room tiny, with two rows of elbow-to-elbow tables (only twenty-four places), and the menu succinct. But this is a charming neighbourhood bistro with a cosy atmosphere and a nice touch on the plate. Expect French classics with a little zing to keep them interesting. A good place to bring the in-laws.

Occasionally, I want to splurge on an elegant venue that is one of the darlings of the Parisian food scene. But a restaurant that allows the conversation to flow easily gets my vote over a purely gastronomic ‘experience’ like L’Auberge Basque. So while these places may not all be hot or trendy, they have served as the stage throughout the delicious story that began when I arrived in Paris many years ago. 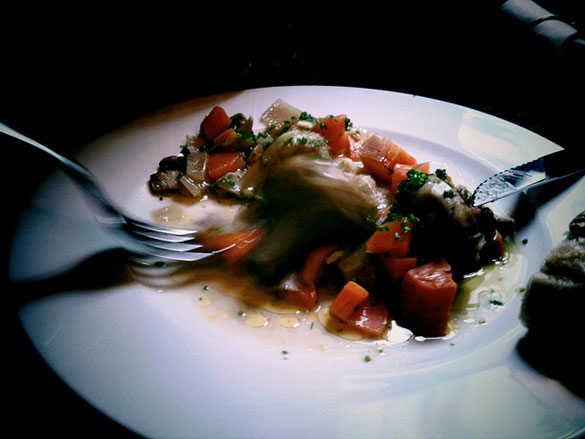 Apologies for including the obvious – this is many people’s favourite Parisian bistro. In my defence, I did live just around the corner for a few years so was already using it pretty much as a ‘local’ for early lunches and late nights before the world’s critics started flocking after the New York Times profiled Raquel. As I write, the bistro has had a bit of a facelift, with a spruced-up façade, a lick of paint, new seating – and Raquel is getting to grips with her new piano.

The more relaxed little brother of William Ledeuil’s famous Kitchen Galerie (hence the ‘Bis’ spinoff moniker), this is the first restaurant to make sense of the confusion of fusion. William is completely self-taught, getting to grips with Thai cuisine from books and available products before opening the restaurant and, subsequently, travelling to Thailand. Many years and many Asian travels later, William’s technique understanding and creativity had grown so much that Michelin awarded him a star for la Galerie. But I prefer this address. I love their marmites, deep aromatic dishes reminiscent of Pho, marrying French lamb with a Thai jus, guinea fowl, chorizo and miso, cod, lemon, wasabi and shizo.

Five Florentine Must-Sees Whatever The Weather