5 Reasons To Consider Emigrating to Australia

Australia is one of the most popular countries in the world when it comes to choosing where to emigrate. While there will always be people who throw in the negatives about there being snakes and spiders all over the place, or that it is too far away to ever visit, there is no question that the positives far outweigh these. 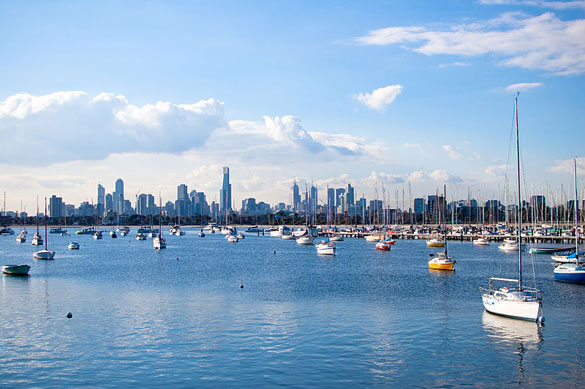 We looked at the top five reasons why you might choose to immigrate to Australia, either on your own or with your family.

Whether you look at the way towns and cities are planned, the way people live their lives, or the manner in which environmental considerations shape much of day-to-day life, there is no getting away from the fact that Australia are very much global leaders on every stage.

Critics of the country argue that it is behind the times because it is so remote, but that works both ways and Australia has much that the world doesn’t yet know about.

This is a no-brainer, especially if you live in an unpredictable northern hemisphere climate in Europe. If you love the warmth and sunshine, and the idea of having a beach barbecue at Christmas excites you, then there is no more to say.

Yes, when there are storms they are often fierce, but usually because they last such a short period of time.

Wherever you decide to live in Australia, you will have the opportunity to travel around the rest of the country. Whether you travel of your own steam or use relocation hire vehicles, for example, if you have the week off work you could easily take a trip from Brisbane across to Alice Springs, or from Adelaide to Darwin.

Australia is one of the few countries where a holiday at home is actually an experience you want to have!

Thanks to Australia being relatively strict and selective when it comes to immigration, the country doesn’t have a feeling of being overcrowded like many parts of Europe and the United States does. Even living in a big city you will feel like you have your own space and are a unique part of something special, rather than just another body aboard the immigration bandwagon.

A lot of your life in Australia will be spent in the beautiful outdoors, and one of the best parts of that is undoubtedly the beaches in the country. As a resident you will quickly learn about all of the hidden gems in your area that the tourists don’t know about, and if you are lucky enough you might even have one at the end of your garden!

This article was written by Transfercar. Transfercar is an online service specializing in campervan relocations on behalf of hire companies in Australia. Thanks to Transfercar, individuals can enjoy cheap, and usually free, car and campervan hire across Australia.

5 Reasons to Cruise to Alaska

The More Unusual Places of New Zealand for a Cycling Vacation