Why is South Africa the Best Safari Destination in the World? 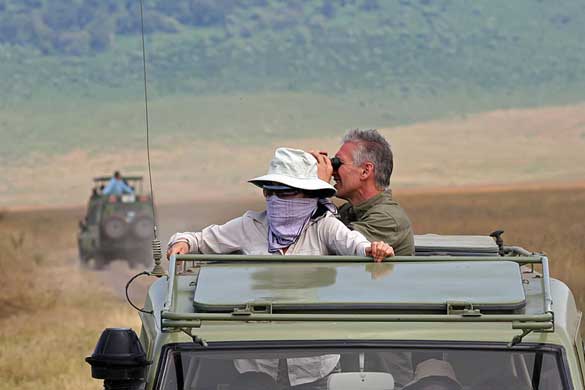 When you think of a holiday out of your home town and away from all your routine work, what comes to your mind? For the most adventurous and nature loving person, it should be a wildlife safari. What is the most favoured destination when it comes to Safaris? You guessed it right. It is non-other than South Africa.

South Africa has always been known among tourists as a very contrasting nation. A progressive and very modern country, it is also home to some of the most beautiful, exciting and some of the wildest places in the world. If you are planning on heading for a Big 5 game animal safari, South Africa is the place to be. With a large number of National Parks and a variety of accommodation available according to your budget and liking, you are headed for an unforgettable holiday in the wild.

The Kruger National Park – One of the largest game reserves in Africa as well as the entire world, the Kruger National Park covers a land area of over 19,600 square kilometres. The park boasts of 9 main gates allowing guests to enter different camps. The big 5 game animals are found in Kruger National Park which include the Lion, African Elephant, Cape Buffalo, Leopard and Rhinoceros. Other interesting animals that can be spotted in the park consists of the endangered African Wild Dog, Burchell’s Zebra, Bushbuck, Cheetah, Common Eland, Giraffe, Greater Kudu, Hippopotamus, Spotted Hyena, Waterbuck, Blue Wildebeest and the Impala. The park also houses over 100 species of reptiles including the black mamba, approximately 3000 crocodiles, over 30 species of amphibians and about 50 species of fish. The park also consists of an anti poaching unit. The Kruger National Park has a number of rest camps as well as designated private lodges while the park also boasts of nine different trails. Some trials last for several days covering areas which are filled with wilderness while the others are only overnight. You can choose what you want accordingly.

With a beautiful coastline of 3500km, South Africa is a land of colour, culture and magnificent wildlife. So, plan your next holiday and enjoy an unforgettable experience with a tailor made safari in one of the best destinations in the world.

About the author: Melissa welsh is a blogger and a creative freelance content writer. She likes to write about travel, bird watching and gorilla tours Rwanda related articles. When she is not doing that, she is either playing video games or reading blogs.

The Dangers Of Driving On Old Tires