The History Of Rhodes, Greece 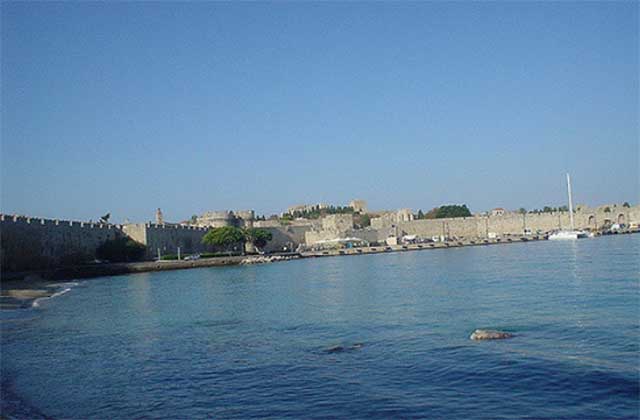 Rhodes Island is a very beautiful place located on the south west of Turkey. Amongst the 12 chain-islands known as Dodecanese; it is known to be the largest. Rhodes Island mothers a number of resorts which contain attractive beaches. It has wonderful climate thus offering three hundred days of continuous sunshine. This island may seem to be the same as the other holiday resorts but it is quite different. Its history is what makes it look so unique.

Rhodes is known to have harbored a number of people who include Turks, Greeks, Saint Johns knights and Venetians. All these people made sure they had left a mark that was unique from the other. These marks are the various types of mosaics of aromas, styles, architecture and colors.

The first residents of this island were the Kares, they came from Minor Asia. The second groups to have settled on this island are the Minotes and Phoenicians. They saw the best place for them to settle was Lalysols; this was in the ear 1500-B.C.

As years passed by, the Dorian’s invaded the area, captivating everyone and began dominating the area. During the reign of the Dorian’s, three large cities were found, Kaimos, Lalysos and lastly Lindos.

During the reign of the Macedonians; Roddians and Macedonians made a treaty. When Alexander the great died, they made another treaty with Ptolemy, who came from Egypt. The reason for them doing that was because they had to fight against Dimitrios Poliorkitis. To remember how victorious they were on that day, a statue was built to honor Colossus from Rhodes.  This statue has emerged to be one of the 7 wonders of this earth.

For twelve years, the statue depicted to the sun god. It was made of bronze and the special characteristics are not very accurate. The sun god was known to hold a torch, an arc and a sword in his hands. After 66 years, the statue fell down due to an earthquake. Rhodesians believed that the falling of the statue was a curse to them and never attempted to restore it. Arabs who invaded the island took with them the pieces of bronze metal used to make the idol. They required 900 camels to do that for them.

Rhodes Island was one of the first to be converted into Christianity. Apostle Paul is known to pass through there, teaching people about the new faith and religion. He later on moved to Lindos and did the same. In the year 495 B.C, Rhodes was made into a province of Byzantine-empire and Rhodes became the capital of the island.

For about 4 years, Rhodes was under the rule of Suleiman Sultan. This happened after their 4 month siege in the year 1306. Unlike all other nations, Rhodesians did not take part in the Greek revolution that took place in the year 1821. This made them not to be included in the newly established Greek islands but remained under the occupation of Ottoman.

In the year 1306, Leros, Rhodes and Kos, which are the islands of Rhodes, were sold to Saint John’s knights. This brought about new changes in Rhodes making it the most powerful region in terms of commercial and economic power together with grand military. The main aim of these knights from St.John was to make sure they weaken the Muslim influence across the region.

During this reign, Medival city was built, fortifications, churches and monasteries were also constructed. The people of Rhodes developed new lifestyles thus creating a rich mentality that distinguished them from the rest.

From the year 1912 to 1945, Rhodes remained under the Italian occupation. According to the Paris treaty, Rhodes together with other Dodecanese islands was included in the Greek-state. This took place in the year 1948.

Jackie Sharynne, an author and archeologist found so much that was interesting about Rhodes, the rich historical background and the history behind Rhodes. Reading about Rhodes is very interesting; it goes for all types of people.

Expats And The Cost Of Living – The Basics