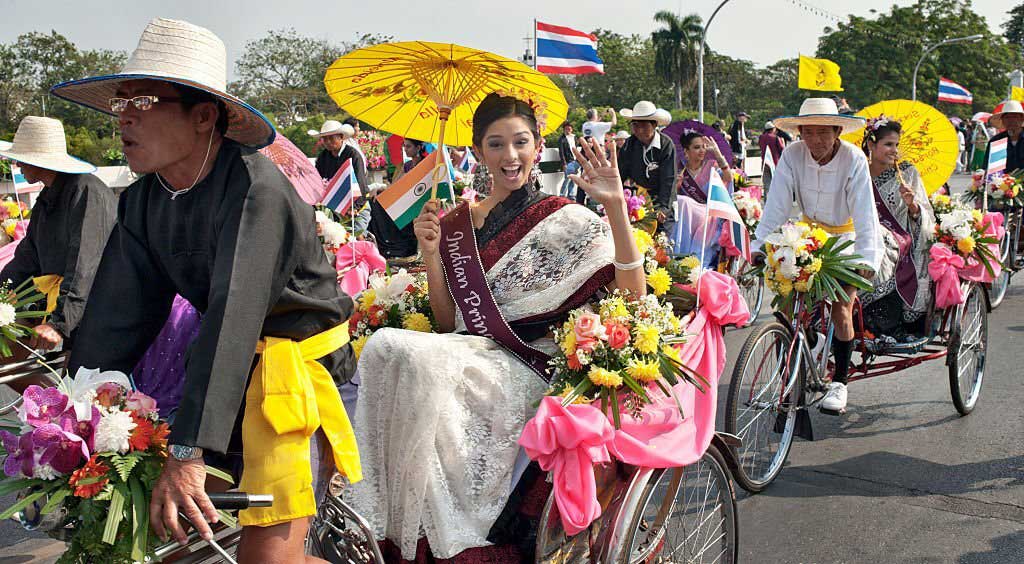 Chiang Mai Flower Festival: The city of Chiang Mai, in Thailand, is often called the “Rose of the North”. At no time is this name so apt as during the first weekend in February, when the three-day Chiang Mai (Thailand) flower show is on. The entire city is filled with flowers of every color, size, and type, including the Damask roses which are only grown here. Homes and businesses put out blooms in flower boxes, and of course the city itself decorates as well. It is enjoyable to merely walk along the streets at this time, but there are several main events that are not to be missed.

The people of Chiang Mai take their gardening very seriously. The main focus of the entire event is at Suan Bak Haad City Park, where displays of bonsai and every flower imaginable are set out not only for the public to see, but to be judged in competition. The prize-winning plants will be set aside in a special display. As well as these, there are elaborate displays set up by landscapers, including flower-shrouded patios, waterfalls, and about anything else you can think of. Local craftsmen and vendors have stands in the park, there are live music performances, and of course there is food and drink for sale. 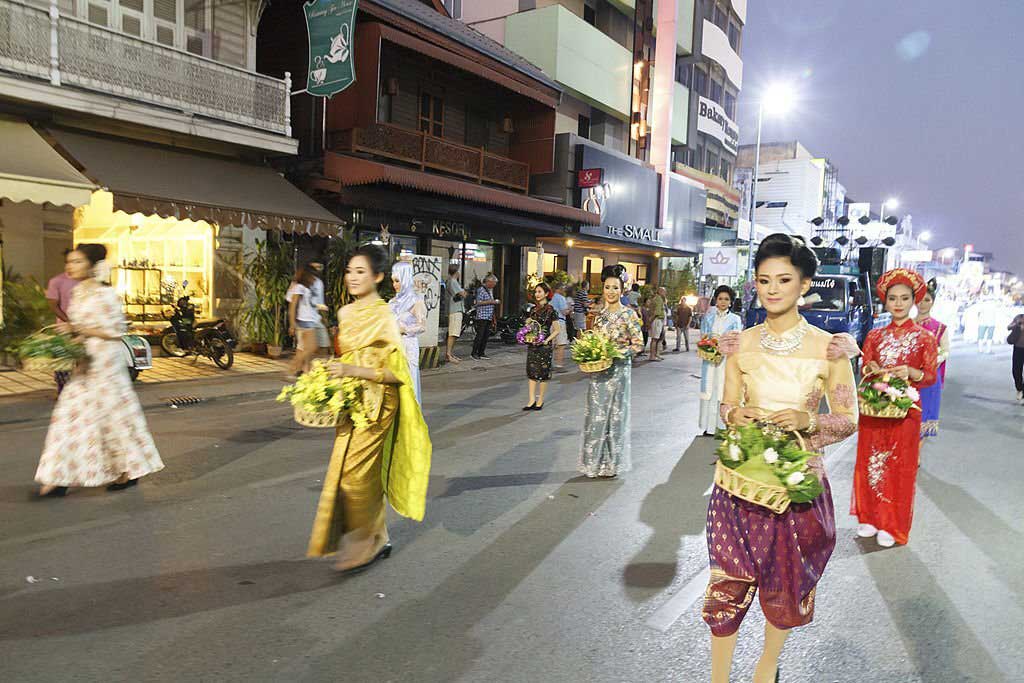 The highlight of the Flower Festival for many people however is the parade. Starting Saturday morning, the parade is a long line of slow-moving, flower-decorated cars, floats, marching bands, and costumed people. The hill tribes wear traditional dress, as do exhibition dancers who perform traditional dances along the route. Pretty girls give out roses to the crowd. It can take several hours for the parade to wind from its starting point on Charoen Muang Road all the way to Suan Bak Haad. 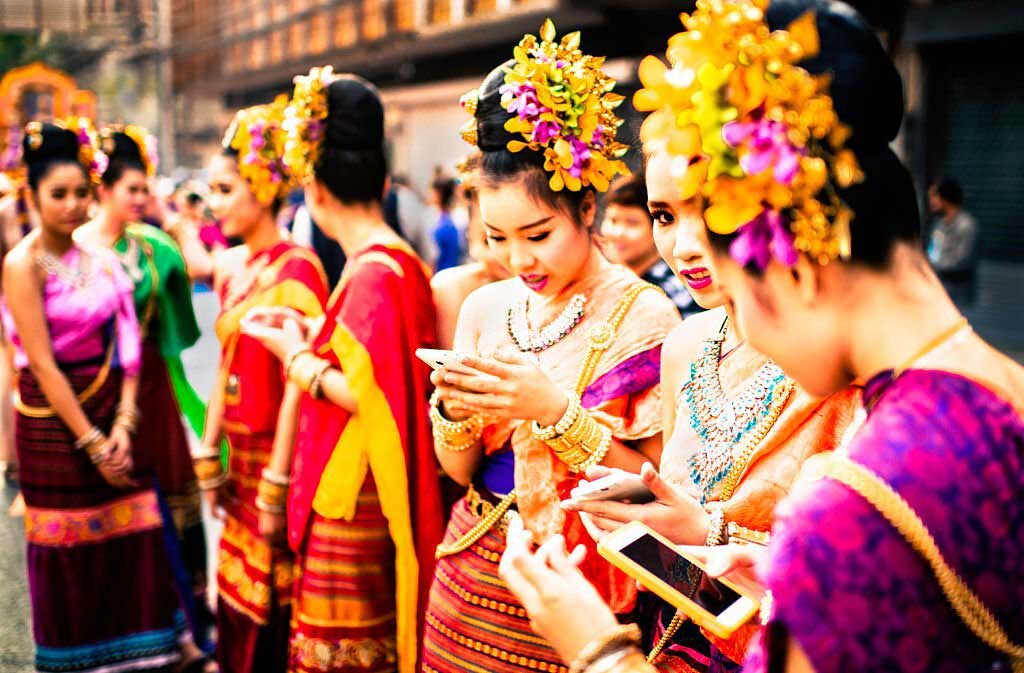 Later that afternoon, the Miss Chiang Mai Flower Festival competition begins, where the Festival Queen will be chosen. Many of the girls who were in in the parade will be competing. The general mood is jovial, with loud music and lots of refreshments. The competition and accompanying party can go on well into the evening. This is something of the pinnacle event of the Chiang Mai (Thailand) flower show.

If you appreciate flowers, festivities, or both, and happen to be in the area in early February, I highly recommend you visit the Chiang Mai (Thailand) flower show. The riot of color, music, and good humor the Festival brings are not to be missed.

John visits Chang Mai every year for the event to get ideas for Gogo Florist Flower designs.