Stop Penny Pinching On Holiday And Avoid Tears On The Beach

Going on holiday should be one of the most exciting times of the year but for many of us it ends in hotel room tantrums and tears on the beach. This is especially the case if you have money worries which stop you having the great time you were hoping for.

If you want to enjoy a happier type of trip then here are a few tips I have learned the hard way over the years. 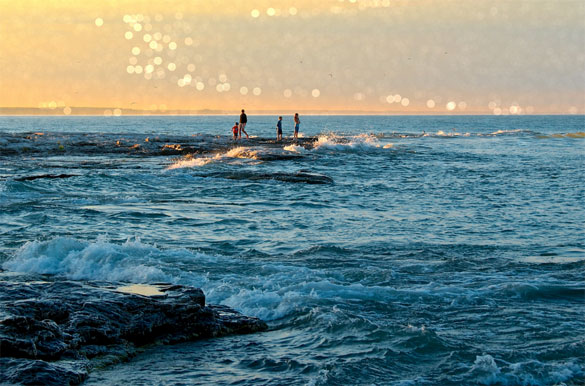 Don’t be too ambitious

If your budget stretches to a weekend camping in your local area then trying to squeeze in a week in the Mediterranean isn’t going to end well, is it? I once tried to take my family on a luxury holiday which I blatantly couldn’t afford. In the end we were the only family in the hotel eating homemade sandwiches by the pool and not talking to each other, while the rest of the holidaymakers looked happy, relaxed and rich. If we had settled for a less impressive sounding break then it would have been a lot happier for all of us, as we would have been expecting the sandwiches and would have known in advance about having to walk to the distant beach. Instead, my family had spent the build-up dreaming of lobster for breakfast and massages after lunch. This is one situation in which it definitely pays to be honest about how much you can afford and then stick to your budget.

Make it a Priority

If you don’t make the building up of a decent holiday fund a priority then you will probably find that you come up short. A couple of years after the previous disastrous holiday I mentioned we booked our trip well in advance. The only problem was that I was trying to save up for a new car at the same time. By the time the departure date had come around I had a shiny new vehicle and little spare cash for the holiday. Thankfully this was an all-inclusive package so we were able to eat and drink well, although this meant that we were tied to the hotel a lot more than I would have liked. If I had made the savings fund more of a priority we could have treated ourselves to a few meals in other places as well.

Sort Out Your Debt Problems

One year I was deeply in debt and couldn’t really afford to go on holiday even if it had been free. However, I was so fed up with owing money to everyone that I headed off my with my family instead of seeking debt help. This turned out to be a terrible mistake. Even as I sat down on the plane ready to head off to the sun I realised that it was going to be a terrible holiday. Apart from those trips I mentioned earlier we have also had some cracking family holidays together but this one was awful. I was worried about the debts the whole time and didn’t want to spend money on anything at all. My wife went in a bad mood with me for the whole week, the kids were screaming for ice cream and toys and I just kept thinking that I should got the debt help sorted out before leaving home. When we got back I sorted out my loans as quickly as possible and made a promise that our next trip as a family would be a lot better. Thankfully I had learned from our previous dire experiences and our next holiday was as great as the other ones were terrible.

Wendy Derbyshire is a travel writer and fan of going on holiday abroad who learned that arranging debt help before going away is the only way to relax on holiday.

Top Hotels For Diving In The Maldives

Best Things To Do On Your Kansas City Family Vacation