© 2022 - All Right Reserved.
Home Holidays How To Avoid Becoming A Golf Widow On Holiday
Holidays

How To Avoid Becoming A Golf Widow On Holiday

A golfing holiday in the Algarve is a dream break for a lot of men, but if one of those men is your other half, should you just accept the prospect of abandonment for several days, or are there any devious tactics you can employ to remind the love of your life that you are more important than striving for a hole in one? 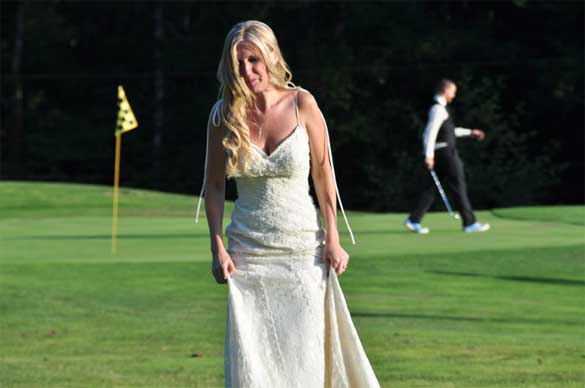 What is it about Men and Golf?

Although there are some women who like to play golf, on the whole golfing is very much a man’s sport.  The New York Times once described golf as a ‘modern version of Pleistocene hunting on the savannah’ and when you consider that a golf course is often landscaped in the manner of prehistoric plains (occasional water features, a few trees for cover, and hard to hit targets), it isn’t difficult to spot the similarities.

Modern golf may not be as dangerous as hunting on the savannah plains, but it still appeals to the competitive instinct in all men; golf is also primarily a social sport and men love to congregate with their compatriots, play a relaxing few rounds on the Four Seasons Fairways, and enjoy an afternoon without their womenfolk nagging them to cut the grass.

Golfing Holidays in the Algarve

Portugal is well known for the exceptional quality of its golf courses, which is why thousands of men and their families travel there every year to spend a week or two playing golf in the sumptuous surroundings of the Four Seasons Fairways.  Unfortunately, this can cause arguments since many wives and girlfriends end up feeling abandoned, superseded in their man’s affections by a set of clubs.

How to Remind Your Man of Exactly What He’s missing

There are several great ways to show your man the error of his ways when he disappears to the fairways for the entire week of your annual break on the Algarve.  These include:

All’s fair in Love and Golf

There is of course another way of ensuring your relationship is not irrevocably damaged by the beautiful game of golf.  Rather than trying to compete for your other half’s attention it is worth taking the view that if you can’t beat them, join them.  Or in other words, take up golf and join him on the Four Seasons Fairway.

Frankie Hughes is a writer who finds relationships and gender differences fascinating. She does not understand the male infatuation with places like the Four Seasons Fairway, but actually finds that most women have a soft spot for it too.

How To Keep Your Baggage Fees To Minimum