© 2022 - All Right Reserved.
Home Holidays The Savage Beauty Of The Highlands: What To See
Holidays

The Savage Beauty Of The Highlands: What To See

The world famous Highlands of Scotland are as important as they are beautiful; in addition to being the home of many diverse species of wildlife, they are historically fascinating and although they are sparsely populated, they play host to many thousands of visitors every year. 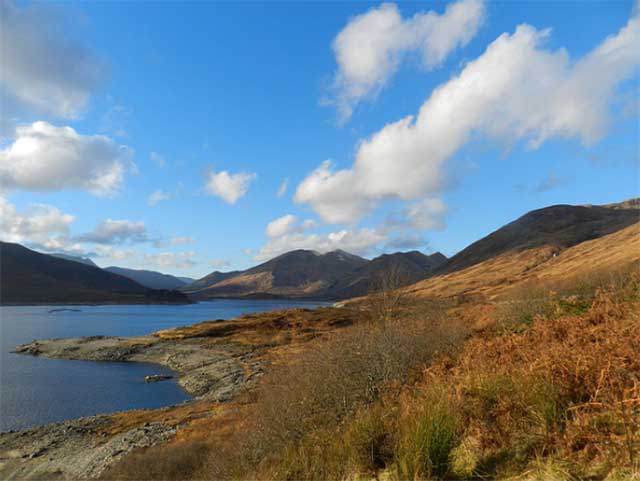 The Highlands are studded with mountains of which Ben Nevis is the most well known and the area sees many climbers and ramblers who visit for the sole reason of taking on the challenges which the mountains provide.

Prior to the 19th century, there was a much lager population here but the Highland Clearances saw a mass migration of Highlanders who had previously led traditional and fruitful lives there.

Today, there are still many reasons to visit the Highlands and the stunning landscapes provide a backdrop of awe inspiring beauty which is admired the world over.

The castles which proliferate in the Highlands are varying and some are simply shells having been neglected or destroyed in battle. One of the earliest examples is the 13th century Urquhart Castle which is close to the famous Loch Ness. Urquhart Castle commands amazing views over Loch Ness and played an important role in the 14th century Wars of Scottish Independence. Many visitors to the stunning Loch are pleased to take in the crumbling remains of this once great fortress too.

The famous Cawdor Castle is a must-see whilst in the Highlands; this is a well kept medieval castle close to the picturesque seaside town of Nairn; Cawdor offers beautiful gardens, some atmospheric dungeons and a ruck of myths and legends to go alongside the various secret rooms and ghost stories which are part of the experience. Anyone who is visiting Nairn should take advantage of it’s proximity to Cawdor Castle and see both.

The Highlands are of course well known for deep, dark lochs and pretty burns and as a result this part of Scotland provide the perfect setting for a variety of watersports and whether you are interested in yachting, water skiing or wake boarding, the Highlands offer an idyllic setting for you to revel in the water or even take a safari as you can see here.

The Highlands have been the setting for a multitude of films and television shows, novels have been set there and many documentaries produced; in part because of the rich history and the stunning scenery and of course because of the people of the Highlands who are historically fascinating. Most recently, the Disney animated film Brave was set in the Highlands and before that, there was Braveheart, the story of William Wallace. Many people like to visit the Highlands in order to have the chance to walk where their heroes have walked and there are a number of tours available for visiting famous locations in the Highlands.

A compelling and beautiful place, the Scottish Highlands offer more than lovely views but a complete experience with all that most people could wish for in a relaxing break. Accommodation is plentiful in the towns and villages here and if a hotel doesn’t appeal then you could always stay in a Bothie! Bothies are basic shelters usually in mountain areas and may be used by anyone who would like to stay there; more information is available from the Mountain Bothies Association.

Derek Devlin has been to the Highlands a number of times and relishes each opportunity, whether he goes with a tour to The Highland Hotel or by himself for some action and adventure.