Towns Uncovered: The History Of Bradford On Avon 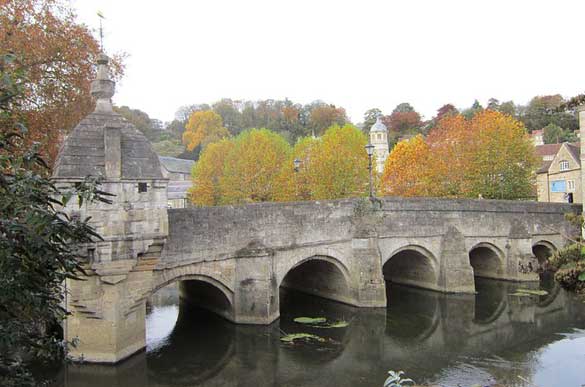 The geographical context of Bradford on Avon

Bradford on Avon is an intricate jewel set amongst the rolling green hills of Wiltshire County. This beautiful town of about ten thousand souls marks the point where the river Avon meets the gently rolling country of the Mendip Hills and Salisbury Plain. It has a long history and habitation stretching back to before the Romans.

Bradford on Avon during the time of the Roman Conquest

The Roman conquest of England left its marks on the hills of Wiltshire, but the prehistory of the region goes back even further. The tribes of Celts and other Iron Age inhabitants had been there for centuries before the Romans built their first settlement. But it was the Romans who laid the roads and set the first foundation stones. Mosaics, fortifications, and even the remains of an ancient bath house have been discovered from the Roman period.

After the era of the Romans passed, Bradford returned to its sleepy agricultural ways. Around the time of Domesday it was well established as a Saxon village with a bustling river trade and a small and ancient fort on a hill overlooking town. The river crossing that gave Bradford its name was supplanted with a sturdy stone bridge, and that bridge still stands today. It is one of the most interesting and scenic relics of that bygone era. There is a tiny domed building built into the bridge itself with the symbol of a fish atop it. The symbol is there because it was built as an early Christian chapel, but later generations used it as the town jail and drunk tank. Anyone who had too much to drink during the harsh years of the 17th century could expect to find themselves sleeping it off “under the fish and over the water.”

The rise of commerce

Bradford gradually became known as a shepherding and wool production center, where the river Avon provided the propulsion for many fulling mills and weaving looms. Limestone quarries were also in full operation, and in the 19th century a canal was dug to help local businesses get their wares down to the river and from there to the great marketplace at Bath.

The Industrial Revolution came to Wiltshire and left it much richer, as England became the world’s supplier of wool and Bradford prospered with the trade. Gradually wool was supplanted by the more profitable rubber, and the factories of the town were converted to the new product. Bicycles and other durable goods are manufactured there, and Bradford prospered all the way up to the present day. Rail and road connections made their way to town, reinforcing the canal and the river, and the city joined the future.

The Bradford of today

These days Bradford on Avon is as well known for the great musicians it has produced, such as Peter Hammill and the band Jesus Jones, as it is known for its industrial output.

But the village has never lost its rustic charm, and the traces of the past are everywhere to be seen in this slow paced rural region. Historic buildings and sites from all ages are scattered through the hills. Archaeological research has found Bradford on Avon to be fertile ground for unearthing the past, and the remains of previous civilizations are not difficult to see. A pleasant stroll down the banks of the canal will reveal many well preserved treasures of archaeology and art. History comes alive in a place like Bradford on Avon with plenty of hotels in the area making it an easy place to visit and explore. Visitors can truly immerse themselves in the silent language of the past and get a feeling for what it must have been like to walk these crooked cobblestone streets in the days when they were fresh to the touch. For those readers wanting to learn more about Wiltshire, the Wiltshire County Archaeology service has prepared this PDF which represents an extensive urban survey on the town of Bradford upon Avon.

Joseph Wilkinson is a freelance writer. He mainly works in the travel and charity sectors; when he’s not writing, he can be found avidly reading historical books and exploring lesser-known parts of the UK.