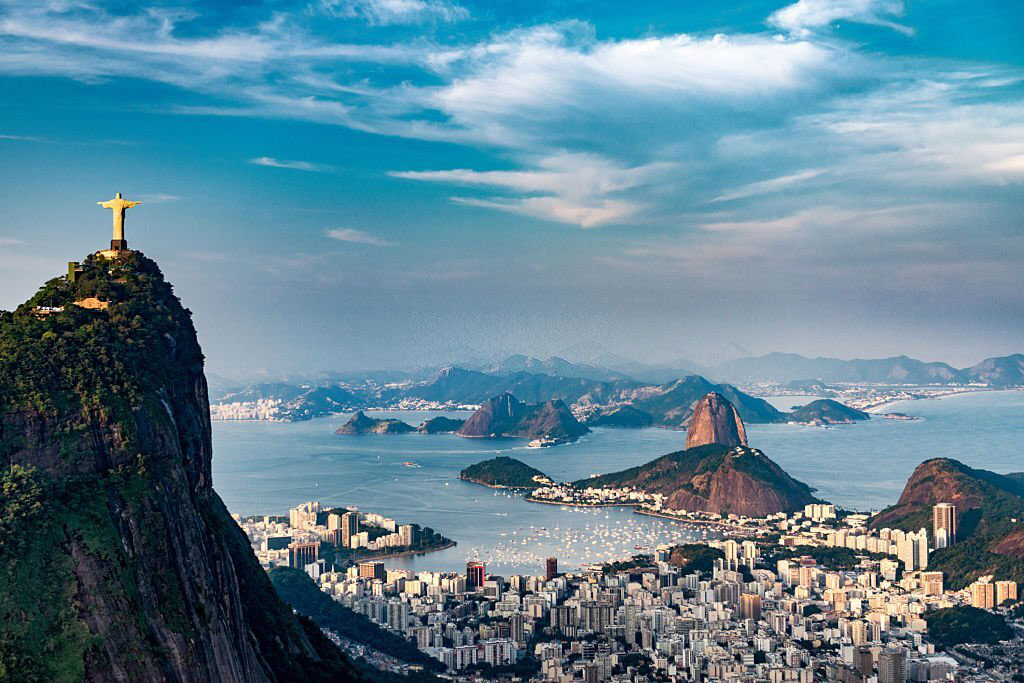 Heart Of Rio De Janeiro: The slums of Rio de Janeiro are in the spotlight of the media, this time not because of poverty or crime, but because of the excellent gastronomical offer.

Just a few years ago it was seemingly impossible that a bar opens in the slums. But, they now sprout everywhere. The thing that has changed these corners of the famous Rio is the five-year plan of “pacification” that has the creation of a more stable and safer environment before the World Cup in football that is scheduled for the Olympics in 2016 as a goal.

The slums now attract many visitors, almost equally as the famous statue of Christ the Savior. Next to the exotic atmosphere of this place and this unusual lifestyle, the tourists are also attracted by the gastronomy of these neighborhoods.

Gastronomic Guide to the Favelas of Rio

Rio also handed out a guide on Portuguese called the “Gastronomic Guide to the Favelas of Rio” where you have a rich offer presented.

“Food is a great weapon against prejudice”, says the editor of the guide, Sergio Bloch. “For the people that worry about safety in these places, the food is a great reason to finally visit the slums”.

Bloch along with three researchers visited 97 local eating spots and rated their appearance, the food they serve, as well as the prices and the service.

Unlike the author of the famous Michelin guide, this team has faced very unusual situations.

Despite those problems, most slums offer a beautiful view on the ocean and exclusive neighborhoods. Twenty-two restaurants in the barracks made it into the guide.

Among them are the restaurants that serve the famous Brazilian steaks Feijoada (meat and bean stew) as well as foreign specialties like pizza and sushi.

The guide also presents the hot dog stands and sellers of empanadas “on wheels”.

With a view on the blue Atlantic the bar Lacubaco in the Vidigal slum could shame many famous restaurants in Rio. In a city where a martini could cost 35 dollars, and a meal for two as much as 200, Lacubaco offers main dishes for only five to seven dollars a person.

The owner Fabio Freire says that the status of the slums enables him to have low prices, despite the excellent location. “I buy meat from the same suppliers as the “asphalt restaurants”, says this 38-year-old man. “But I don’t pay electricity, gas, property taxes, so my guests also save money”.

By the way, people in the slums most often plug themselves in the electrical network illegally.

Lacubaco is on the main street of Vidigal, but some of the restaurants that are in the new guide are a bit more far away. You can reach them only by stairs, and owners say that that is what causes them the most problems.

In order to reach the D&C Lanches in the Complexo do Alemao slum, you have to pick one of Rio’s transportation solutions and take the tram to the cable car that has become an attraction in the meantime.

Rio’s O Globo daily newspapers have recently published a story about that the cable car in Alemau has more users on the weekend than the one that takes tourists to the famous Sugar Loaf.

D&C Lanches is actually a stand where you can sit in plastic chairs on the pavement.

Dimas de Lemos, his wife, their three kids and many relatives are there to serve acai berry juice which is filled with vitamins and antioxidants. “Before the only people who ever visited us were the ones who live here”, says this 37-year-old. “Now our guests are 60% locals and 40% people from the outside, including many foreigners”.

Germans, Americans, Japanese and British people are amongst the most common tourists that visit the slums.

The most important guest De Lemos has is the British prince Harry that was touring Rio last year.

“Foreigners are more open and curios than our people from the pavement that are prejudiced”, says the editor Bloch. “Maybe that is because foreigners haven’t been exposed to the horrible news about the violence in the slums for decades, so they come with an open heart”.

He says that sometimes he hears from the Karioka (a word that is used for the people who live in the more wealthy areas of Rio) that they want to try the traditional stew made from shrimp known as the vatapa from the Barraca das Baianas stand in the Rosian slum, but they want me to guarantee them “that nothing will happen to them”.

“Of course I think that they will be safe, but who can give this sort of guarantee anywhere in the world”, says Bloch.

Safety is still the theme in the pacified slums. Several public schools from the Complexo de Alemao are closed due to recent pressure from a gang angry because one of their members was killed.

For many safety is not a problem, judging by the number of visitors, old and young, wanting to taste the specialties of the slums.

Hope you enjoyed reading “The Slums – Gastronomic Heart Of Rio De Janeiro”. Please do share your thought in the comment section below.

By Milan Budimkic is a creative freelance writer for industries that include but are not limited to the health, travel, home decor, sport, and much more. When not blogging, he likes to travel, read a lot, or hanging out on Twitter (@mbseoservice).

Tracking Down The Parking Permit You Need
By Holiday YellowpagesAugust 30, 2013

Tracking Down The Parking Permit: As there are so many places that you may need…

Read More
Be Prepared With A Good Folding Knife For Your Activities
By Holiday YellowpagesFebruary 24, 2013

Folding Knife For Your Activities: Quality utility folding knives are a treasure to any outdoors…