© 2022 - All Right Reserved.
Home Holidays The Extraordinary Geological History Of The Alps
Holidays

The Extraordinary Geological History Of The Alps

A lot of people think they know the Alps pretty well because they are such a popular destination for holidays – whether for the skiing the scenery or the fabulous fresh air. However, not all that many people are aware of the upheaval that was actually behind the formation of this famous mountain range. 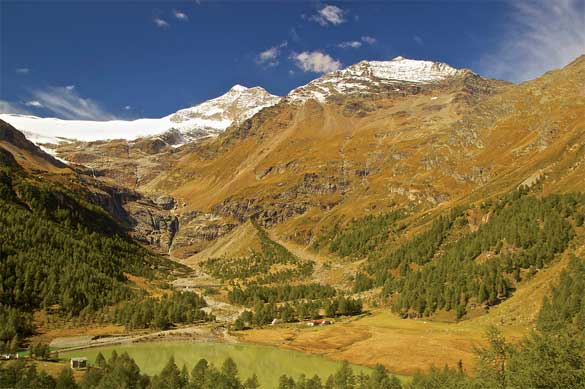 The Alps are extraordinarily beautiful. They are home to stunning peaks, glaciers, waterfalls and all manner of arresting geographical features. But all this beauty is actually evidence of an extremely violent past – a past that is similar to that of all the other great mountain ranges on the planet.

The Alps were actually formed by a process known as plate tectonics. This theory, which is widely taught in schools up and down the country, is actually relatively new in science terms. Scientists have only had the technology to get to grips with plate tectonics in the last few decades and they have used it to map the deep Earth.

What the technology has revealed is a system of plates in the Earth’s crust – plates that have actually shifted around through the ages because of the convection currents in the molten rock that makes up the Earth’s mantle. The mantle is the layer beneath the crust of the Earth and convection is the process by which hot rock rises, moves in a current and sinks again when it cools.

So what has this got to do with the Alps? Well, the Alps actually lie close to the junction between two of these gigantic tectonic plates – the African plate and the Eurasian plate. These plates are the size of entire continents and the convection currents that drive their movement actually brought them to collision millions of years ago.

This collision would have been extremely violent. Just imagine two continent sizes slabs of rock meeting under the force of the processes in the deep Earth! Something obviously had to give when these two giants came together and as it happened, the Eurasian plate buckled under the pressure.

When rock buckles in this way, the result is vast mountain ranges. So the Alps are actually evidence of the crust of the Earth folding upwards at the meeting of two tectonic plates. This gives their beauty a sublime edge and makes them seem even more special. The Alps are a wonder of geology, so remember that next time you’re crunching through the snowy scenery or negotiating the slopes on your skis!

Guillaume Wallace, is a professor of geology who loves spending his weekends away in the alps, he usually visits alpsaccommodation.com to see what deals they have on the chalets.

Leap Over The Language Barrier With Travel Advice

What Are The Best Things About A Golfing Holiday?