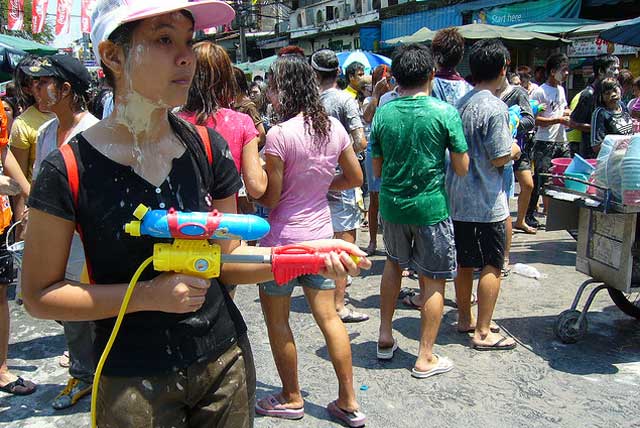 Songkran in Chiang Mai celebrated in the hottest months in the Thai calendar year.

April, the month of Songkran, is considered to be one of the hottest months in the Thai calendar year and Chiang Mai is recommended as the place to be during this period.

Chiang Mai is the largest and most culturally significant city in northern Thailand. Positioned in the foothills of northern Thailand, it’s picturesque with a magic feeling to it, effortlessly combining traditional Thailand with the modern world.

Time flies by in Chiang Mai, where you can easily spend a week sightseeing, doing outdoor activities and of course, eating! Cuisine specialties of the city include sushi bars around the university, Burmese curries, Thai street food and vegetarian health food.

You are spoiled for choice when it comes to celebrating Songkran in Chiang Mai. Pools, canals and streets are just a few of the places where you can get your water supply.

Better yet, be prepared!

Grab a water pistol or even a hose and begin drenching people!
It’s all about fun, fun and more fun.