Travel can be incredibly boring, especially when it’s easy. I mean, who wants to fly right to a country, flash your passport and feel like royalty the second you step off the plane? That’s no fun, but that’s exactly what you get when you travel to most countries with a passport granted to you by the United States government.

Do you dream of traveling to a country where you’re a fool for going without travel insurance, even if there’s no company on earth who will insure you? 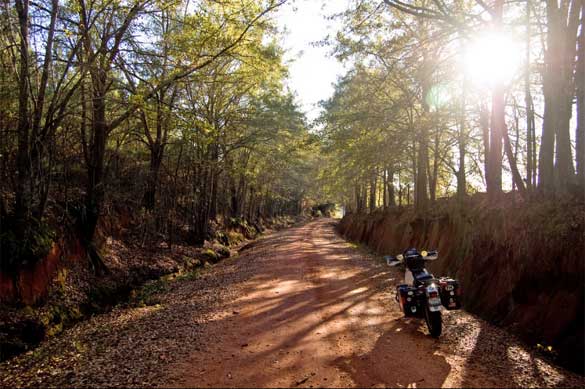 Image Source Flickr by The Goat Whisperer Member since 2006

Some of these countries are pretty obvious (vodka comes from Russia, of course). But others aren’t so obvious. Without further ado, here’s a list of five countries you can travel to if you have nerves of steel or a love for complicated paperwork written in unfamiliar languages. If you hate paperwork, you can always sneak over in a fruit truck and risk the wrath of the country you’re visiting…

Civil war ravaged the country from 1975 to 2002. Fancy seeing the fall out? They never really recovered. If you want to visit, you’re going to have to be invited by someone inside the country. The invitation will have to be notarized in Angola before you receive it. You’re also going to need to get yourself vaccinated against yellow fever. You’re also going to need to get your boss to write you a letter of recommendation.

But what if you’re unemployed and really want to see what Angola is all about (um…)? Fly to Namibia and sneak in on a truck. Just don’t get caught without papers once you’re there, or you might end up in worse shape than Bill Gray in Mao II.

In Russia, paperwork does you!

In Russia, vodka drinks you!

You must write block letters or else!

Or else do over again!

When Vladimir Putin isn’t busy wrestling bears and flying rescue helicopters and harpooning whales and humiliating President Obama, he’s making sure it’s as difficult as humanly possible to get into Mother Russia. Think of it like you’re applying for a top secret security clearance instead of a visa. You’ll have to answer a bunch of personal questions, including where you went to high-school and the name of your first girlfriend.

To make it worse, Russia will sometimes make it difficult for you to leave. So make sure you have your ducks in a row before you end up spending the rest of your life as Putin’s bog warmer.

On the plus side, the rules are pretty inconsistent here. That can be a blessing and a curse. It means someone might just wave you through if you have a pretty smile. It means they probably won’t kill you if you surreptitiously sneak over the border. Not that I encourage or condone that kind of behavior (unless you plan on writing about it). The cool thing is once you have one, the visa is good for a number of years. And supposedly, according to rumor and vague speculation, you can visit for up to 6 months at a time before you have to leave and come back. Worth the trouble? Yeah, probably. Unless you want to write about it.

There are no direct flights from the USA to Cuba, and you’re supposed to get permission before you go. The thing is, unless you’re a terrorist or a drug dealer, chances are nobody will know you bought a ticket to Cuba while you were on vacation in Mexico. Don’t tell anyone.

Austin Bourke is a writer based in Denver, CO. He fantasizes about going to places he’s not allowed to visit.