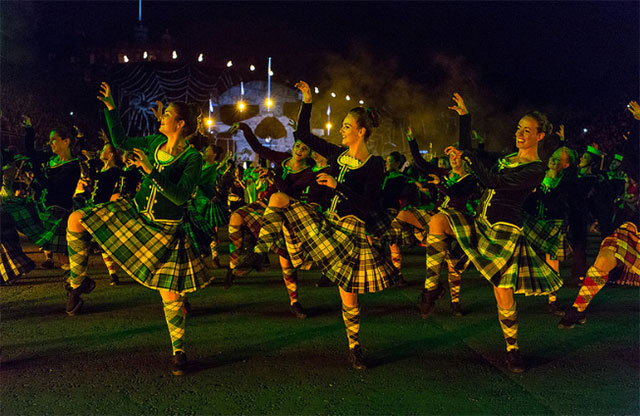 In early August every year, thousands of visitors flock to Edinburgh, Scotland for the Royal Edinburgh Military Tattoo.  The festival is an annual performance of military musicians marching in various formations. The festival was given royal status by Queen Elizabeth II in 2010 after 60 years.

During the time span of August 2-24, military tattoo programs are performed every weekday and twice on Saturday to sold out stands. Tickets go on sale about six to eight weeks prior to the festival, so be alert. All performances sell out every year.

This tattoo was begun with pipes and drums and has expanded to include dancers and other instruments. Dutch regiments marched through Flanders in the 1740s doing a “tap toe” rhythm so the bars would close their taps and send the soldiers back to their sleeping quarters. The British army observed this practice and incorporated it, and it has grown into this hugely popular festival that still occurs over 250 years later.

The tattoo performances became international in 1952, and now there are Tattoos held in various places around the world. The original festival is performed on the esplanade of Edinburgh Castle, and fireworks make for a good finale on Saturday nights. 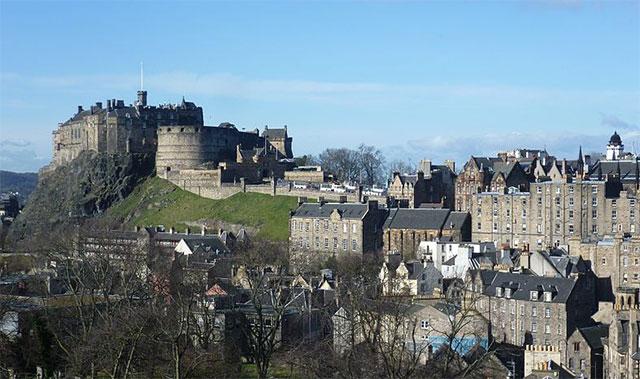 Edinburgh Castle is also quite the attraction if you plan to sightsee while at the festival. It sits high up on Castle Rock, and was a royal residence since the 12th century. St. Margaret’s Chapel is the only original building of the Castle that has survived since the 12th century, but the Great Hall in the castle hails from the 16th century. Volumes of Scottish history are tied to the castle and can be discovered during tours.

There are many Europe tours to choose from, but Edinburgh itself is full of attractions and events. Edinburgh is the Capital of Scotland, and sits on the southern part of the Firth of Forth, in the North Sea, about 40 miles east of Glasgow.

St. Giles Cathedral is one of the most visited locations in Edinburgh. It is the origin of Presbyterianism and noted for its spire, but the stained glass windows are probably the most beautiful sight of the cathedral. Be sure to find out about Greyfriars Bobby, a statue of a loyal little dog that stands outside the church grounds.

The National Museum of Scotland has relics and historical items that let visitors see a little of the past. Many items in the museum were, collectively, inspiration for the Pixar film “Brave.” Learn more about Mary, Queen of Scots, and her controversial story.

Most art galleries in Edinburgh have free admission! They also have masterpieces and collections that rival any other large art museums in the world. A natural work of art in the form of greenery can be found in the Royal Botanic Garden Edinburgh. The gloriously large glasshouses contain outstanding numbers of exotic plants and blooms, and the outer grounds are beautiful.

See the city and the Royal Edinburgh Military Tattoo and enjoy an unparalleled cultural experience.

Candice represents TravAddict.com, and has traveled to Scotland for the Military Tattoo Festival