© 2022 - All Right Reserved.
Home Holidays I Have A DUI Conviction: Can I Travel To Another Country?
Holidays

I Have A DUI Conviction: Can I Travel To Another Country? 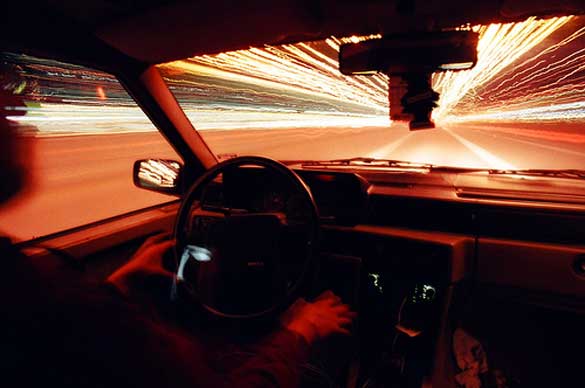 Imagine driving from New York to the Canadian border with your son to spend time together prior to his departure for active duty military service only to arrive at the border and be turned away because of a prior DUI offense. Unfortunately, it happened in 2010 to Michael Edwards and his son. Mr. Edwards has three drunk driving convictions on his record; however, unbeknownst to Edwards Canada bars US citizens with DUI convictions from entering the country. Left with no option, Mr. Edwards had to return home not knowing when he would see his son again.

This story is not as uncommon as one would expect, as each year Canada denies thousands of US citizens access to the country because of prior DUI arrests. Traveling with a DUI conviction is possible; however, it requires additional paperwork, time and money. Currently, Canada is the only country that does not allow access to US citizens if convicted of a DUI. Despite the country’s refusal to allow convicted DUI offenders to enter, Canada has a process in place to allow for exceptions. First, apply for an individual rehabilitation to be allowed entry into Canada. Depending on the severity of the DUI or the number of offenses the application can take up to one year. Consequently, if planning a trip to Canada with a DUI it is better to begin the paperwork process early and to anticipate a lengthy waiting period. Additionally, a person cannot enter Canada if they have been convicted of a DUI offense within the last five years. The application for entrance can be found on Canada’s citizen and immigration website.

How To Apply To Get Into Canada

The application requires the individual to provide information about them that includes their criminal record, sentencing type, punishment, and the circumstances surrounding the crime. Furthermore, the application requires the DUI offender to write why they have been rehabilitated, what they have learned from their mistakes and how they are currently living a sober life.

The cost of the application ranges from $200 to $1000 depending on the severity of the offense. The application needs to be mailed to the closest visa office to you in the US. In rare cases, an individual may be given a temporary residence permit that allows the person to enter Canada even if the five-year probationary period is not finished. As opposed to the US, Canada has very strict DUI laws and considers each offense a felony. Consequently, Canada does not want to allow convicted felons to enter the country. Since 9/11, Canada and the US have begun sharing more and more information to ensure that the borders between the two countries are kept safe and secure. As a result, Canada maintains a database of individuals arrested for a DUI in the United States.

Questions regarding traveling with a DUI conviction are best addressed to a criminal attorney. An experienced DUI lawyer is the most likely individual to know the answers to your questions; however, they can always reach out to a counterpart in Canada should they not know the answer.

Christopher J McCann is a DUI lawyer in California.  He tweets about drunk driving news at @CJM_Law_Firm & posts videos under his YouTube channel for Orange County DUI Attorney tips.